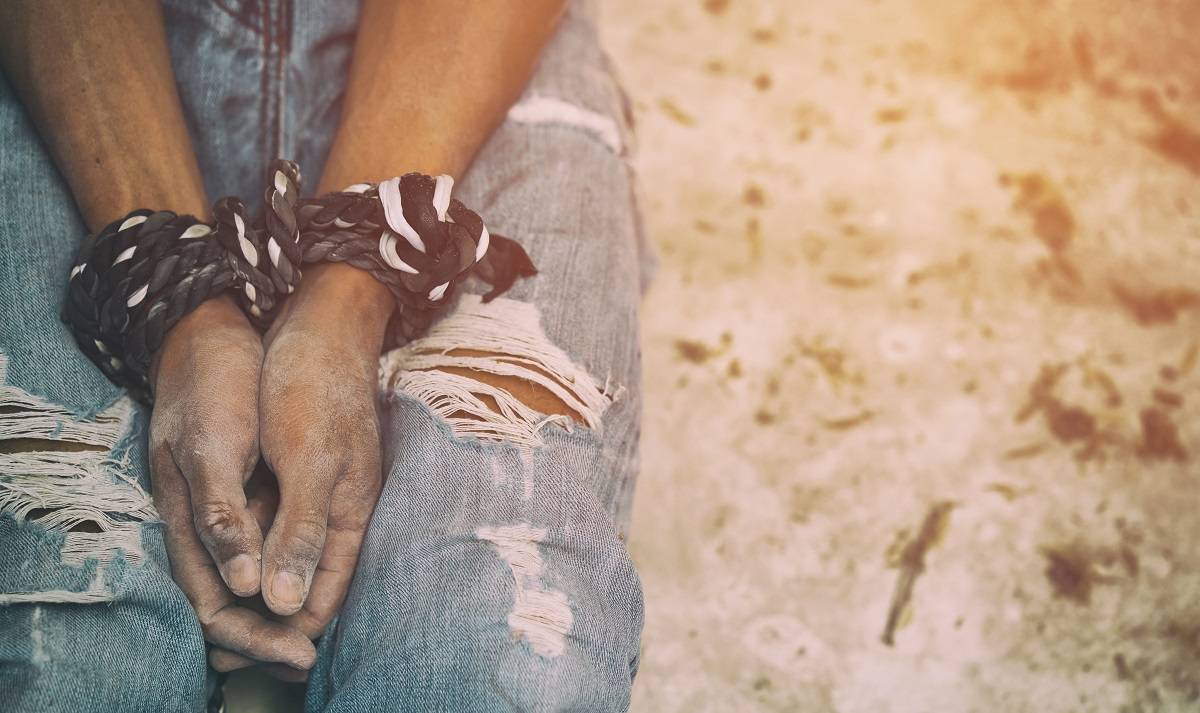 Festus Aisagbonhi knows that one of the greatest allies for criminals is when people – whether they are compliance professionals, investigators and even potential victims – don’t even understand the crime, or know the underlying human and financial red flags.

That’s why as Head of Conduct and Compliance at Access Bank Rwanda Plc, he uses his passion and position to understand all there is to know about human trafficking and share those best practices within his bank and with nearby allies to form a regional counter-crime compliance bulwark in the Central and East African country, one of the smallest in Africa.

With nearly 20 years of banking experience, and recent years in top anti-money laundering (AML) compliance positions, Aisagbonhi realizes criminals will look to launder their ill-gotten funds in regions with weak AML laws or little understanding of trafficking red flags. He is making sure his bank isn’t one of them.

“In many of these countries, laws criminalizing trafficking are relatively new and investigators simply lack the expertise and experience to effectively investigate this class of crime,” he told ACFCS. “In many countries trafficking is still a new crime.”

Aisagbonhi knows the critical importance of sharing knowledge related to the transactional trails indicative of human trafficking both near and far as many large syndicates cross borders in hopes individual investigative agencies won’t be able to put all the pieces together.

“The transnational nature of many trafficking cases presents particular challenges to law enforcement, who must collect evidence from foreign jurisdictions, some of which may be unwilling or unable to cooperate,” he said, citing academic research.

Even though countering this crime comes with a host of challenges, Aisagbonhi stated being part of the fight is its own reward.

“The most rewarding part of my effort is in the aspect of standing as voice and a catalyst at the forefront of efforts towards addressing the ugly trend of human trafficking,” he said. “With a clear mission of ensuring the three P’s: prevent trafficking, protect victims and prosecute traffickers. [That] slogan is now becoming a norm in the environment.”

Part of the issue is also spreading awareness so vulnerable individuals are not victimized in the first place, Aisagbonhi said.

“From improving female education in source countries so that girls are less vulnerable to trafficking to increasing the incentives and motivation of law enforcement agents in destination countries so that officers are less susceptible to bribery” are vital goals, he said.

In 2000, the United Nations launched the Protocol to Prevent, Suppress and Punish Trafficking in Persons, which established a victim-centered approach to trafficking, with nearly 180 countries already signed on.

As well, in 2005, the Council of Europe Convention on Action against Trafficking in Human Beings came into force, marking a “step towards greater cooperation and dedication within Europe,” Aisagbonhi noted.

“But more needs to be done,” he said. “Many people still do not know what trafficking is or do not care. We need to work to change that, at every level of society through the creation of proper awareness and full criminalization of human trafficking under any guise.”

It was for those and many other reasons ACFCS chose Aisagbonhi as one of the recipients of the association’s inaugural Human Trafficking Scholarship Program.

The selection process centered on individuals in roles combating human trafficking, an effort to share broad thought leadership on the issue as part of the association’s “Quarterly Focus” on human trafficking from April through June of this year.

The scholarship offers complimentary registration for the Certified Financial Crime Specialist (CFCS) certification, the full suite of prep materials, and a year of membership in ACFCS.

After receiving more than 130 applications from professionals across 20 countries, ACFCS selected 15 recipients of its scholarship program. To view an ACFCS human trafficking resource page, click here.

ACFCS in the current quarter has a focus on compliance controls and financial crime inclinations involving cryptocurrencies. To read more about the crypto initiative and find a list of useful resources, click here.

Those chosen for these scholarships submitted applications with compelling professional and often personal experience related to human trafficking – from running investigations and creating transaction monitoring rules, to advocating for legislation and working directly with survivors.

Aisagbonhi was kind enough to share some of his thoughts, expertise and experiences in this ACFCS Scholarship Spotlight. 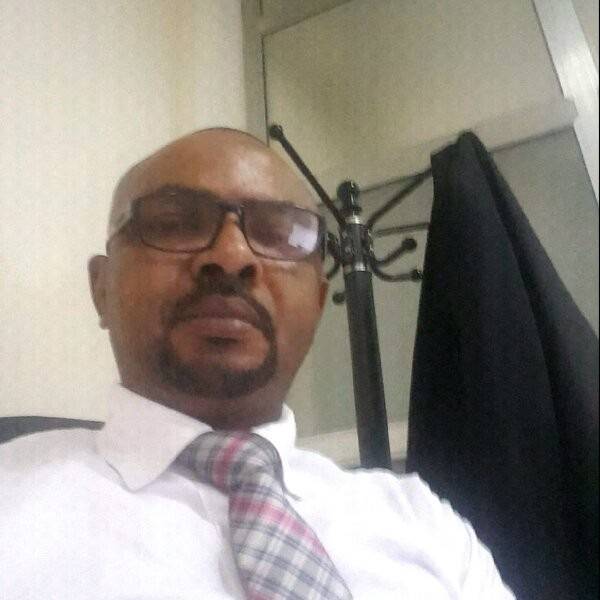 1. How do you work to detect, prevent and/or raise awareness of human trafficking, in your job role or outside of it?

I am earnestly passionate about the measures towards preventing the age-long problem [of human trafficking] with the attendant risk of terrorist financing, as a compliance manager and through the Committee of Chief Compliance Officer forum in my seconded country, Rwanda.

We have to embark upon actions that will expose the hideous act of trafficking through supporting community awareness via online communications to various stakeholders in [uncovering] the contemporary act of the traffickers within the border with [Democratic Republic of Congo].

The campaign platform is available in several languages and encourages users to upload their own videos with anti-trafficking messages and to get involved with NGOs in their communities.

We also explore various mediums to get to the intended audience, which helps them to evaluate their potential risks for human trafficking and point out actions that can be taken to address them.

Below are some suggested measures for corporate entities to take up [to champion] Corporate Social Responsibility (CSR) in preventing human trafficking in our society by the forum:

2. What do you see as key challenges related to human trafficking detection/prevention in your role or in the sector overall?

In many of these countries, laws criminalizing trafficking are relatively new and investigators simply lack the expertise and experience to effectively investigate this class of crime. Indeed, as Gallagher and Holmes (2008, p. 320) observe, in many countries trafficking is still a new crime, involving “new and untested laws” (see also Farrell, Owens and McDevitt, 2014).

The transnational nature of many trafficking cases presents particular challenges to law enforcement, who must collect evidence from foreign jurisdictions, some of which may be unwilling or unable to cooperate.

This challenge was recognized in the United States case of Cruz v. Toliver, (W. D. Ky. March 30, 2007). The court held ” Claims of forced labour and trafficking (…) required more time, effort and research to address (…) The Plaintiff’s counsel not only had to conduct discovery here in the United States, but also had to go abroad to take discovery in order to submit the claim under these statutes.”

3. What is the most rewarding part of your job?

The most rewarding part of my effort is in the aspect of standing as voice and a catalyst at the forefront of efforts towards addressing the ugly trend of human trafficking.

With a clear mission of ensuring the three P’s: prevent trafficking, protect victims and prosecute traffickers. [That] slogan is now becoming a norm in the environment.

4. When it comes to human trafficking detection/prevention, what do you think is going well, and where could we get better?

The first step to preventing human trafficking and prosecuting the traffickers is therefore to recognize the complexity of the crime which cannot be tackled in a vacuum.

Anti-trafficking strategies have to be embedded in every policy area:

5. Why did you apply for the CFCS certification scholarship?

In addition, [the CFCS Certification will add] to my growing passion in expanding my knowledge in the area of financial crime after my certification as an Anti-Money Laundering Specialist (CAMS).

I see [the CFCS Certification] as a golden opportunity to actually present my view in fighting human trafficking. [That crime is a] monster that is contending with the dignity of humanity.

[CFCS will] also contribute in a little measure on what I feel will be more effective [human trafficking investigations] through innovative approaches that have the potential to be used by various actors in anti-trafficking efforts.

I believe technological interventions in anti-trafficking may fall into one or more of the following categories which can be extensively explored in mitigating the growing trend of human trafficking:

6. How do you think the CFCS credential will impact your career, especially your work to combat human trafficking?

My CFCS experience has impacted my career tremendously, having unhindered access to several current and correct articles on financial crime and a solid long list of webinar sessions which I always look forward to has aided me on the job and also contributed immensely in presenting my views on the topic I am extremely passionate about – Human Trafficking Detection and Prevention.

I definitely know passing the certification examination will open a new door to a greater impact in my professional calling.