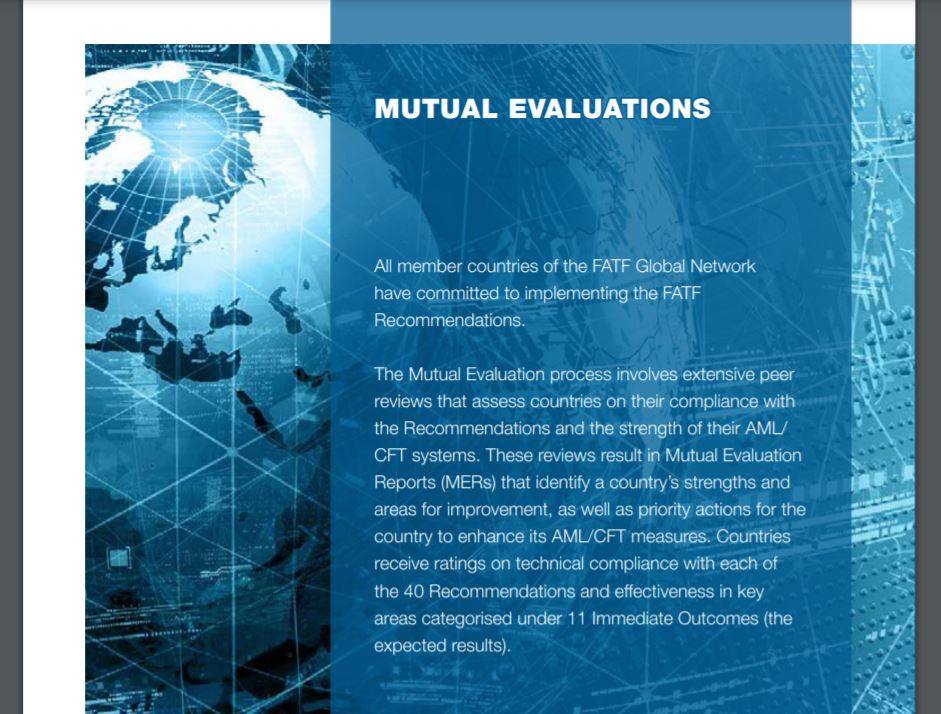 The former head of the watchdog body setting global fincrime compliance standards has landed at a top consulting firm, but not before leveling some parting shots at the travails and triviality of some of his former technocrat colleagues.

David Lewis, the former executive secretary for the Paris-based Financial Action Task Force (FATF), who stepped down earlier this month, stated he will be a Managing Director at investigations and risk consulting firm, Kroll, leading its Anti-Money Laundering (AML) Advisory Practice.

But even as the dust settles on answering the question of where Lewis would go after such a high-profile position – and equally widely-watched departure – many still wonder at the forces at play leading to his decision to resign.

A surprise decision after six years, when the news broke in September that he would be leaving, even after he was approved for a fresh three-year term.

Now out of FATF, Lewis is detailing his experiences at the world’s most influential compliance body, including what he perceived as a lack of support from other top officials.

As well, he talked about fears that due to a lack of checks and balances, the group could fall into the trap of picking an executive secretary based more on presidential influence than merit, according to media reports.

To read the full stories from the Financial Times and ML.com, click here and here.

He also expressed a continuing frustration that even if he stayed, the task force would not be able to make the necessary changes to move from a focus on rules, recommendations and consensus-based decision-making to actually stopping the flow of illicit global finance – in essence, seeing, acting and reacting to the big picture.

It is those trillions of dollars swirling around the world annually – much of it through FATF member countries like the United States, United Kingdom and Europe – that support organized criminal groups, grand corruption, terror networks and cyber-fraud gangs.

Lewis also gave voice to the very human side of sitting at the pinnacle position of fincrime compliance authority.

He elucidated on the challenges of holding court at the intersection of geopolitical power dynamics, world economics and deciding which countries laundered the most money and had the best and worst controls.

In tandem, Lewis had to keep tabs on what other regions were at the greatest risk for financial crime, corruption and terror financing – even if those potentially laundered figures paled in comparison to jurisdictions with more advanced countercrime defenses.

In his posts and interviews, Lewis stated he faced incredible pressure in his role.

Pressure to balance the influence of FATF’s 39 permanent members – countries like the United States, United Kingdom, Russia and China – with the more than 200 other jurisdictions working to implement FATF standards.

In that same vein, he also dealt with attempts at cronyism where countries pushed to put their own people in key FATF positions.

If allowed, that is something that could have put the independence of country-wide evaluations at risk and irreparably cracked the impartiality of country shaming in the group’s controversial gray and blacklists.

FATF has often been “criticized as beholden to political influence and interference, but, according to Lewis, the group in fact suffers from a lack of buy-in at the highest political levels,” according to ML.com.

“It’s a body of mid-level bureaucrats who are very comfortable dealing with the finest minutiae of technical detail, but aren’t comfortable or able to have big picture discussions,” he told the publication.

These technocrats “often don’t have a close enough connection with their ministers and are often only in their jobs for one or two years,” Lewis said in the interview. “It needs political leadership.” 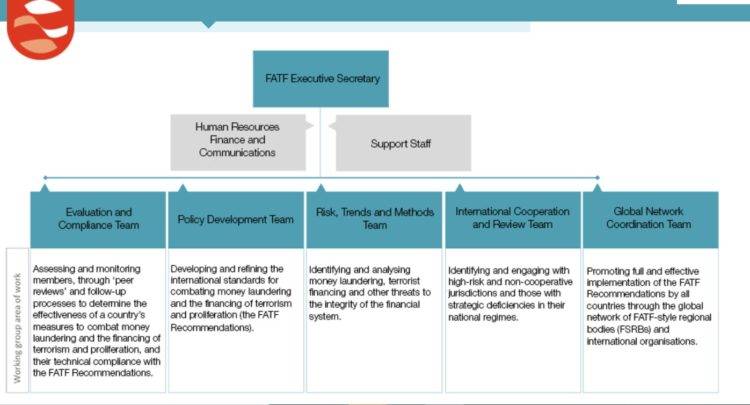 Anatomy of a departure: A lack of faith in the future ruins the now

Some of the reasons why Lewis chose to leave such a high-profile position were detailed in a fiery missive he sent to staff.

In the letter, he expressed consternation related to a lengthy negotiation process and a plan for FATF to advertise for his replacement in three years, regardless of his accomplishments.

“Unfortunately, this last renewal process involved a prolonged period of uncertainty, exasperated by a proposal out of the blue to introduce a new requirement that the role be readvertised, regardless of my performance,” Lewis wrote, according to media reports and a social media posting, which can be viewed here.

“I hope my successor will be selected as I was, and all secretariat staff are —on merit, on the basis of fair and open competition,” he wrote.

It is those words that call into question the independence of FATF – and the broader Organisation for Economic Co-operation and Development (OECD), of which FATF is an organ.

Those issues are further magnified by the group’s influence on the global fight against financial crime and the resources countries expend to comply with recommendations and withstand reviews.

The letter follows a video message Lewis released tied to a speaking engagement at Cambridge where he again exhorted governments, regulators, banks and law enforcement to go beyond the process of compliance to engage in truly going after the illicit groups and their shadowy financial networks.

“There is a chasm between what the FATF recommends, what governments do, what the police are able to do, what regulators do and real world implementation by firms,” he said.

Even with shift toward effectiveness, FATF needs to do more

On that note, many countries formerly viewed as having strong AML rules have dropped after FATF made a change in 2013 to add a separate ranking for “effectiveness.”

As well, in recent years, Lewis – in coordination with the focus areas of FATF members part of one-year and now two-year presidencies – has also pushed FATF to produce hefty and relevant reports on areas that were weak spots exploited by criminal groups, regulatory focal points and persisting vulnerabilities in the global financial system.

In his interviews, Lewis stated how Pleyer treated him was one of the reasons he chose to leave, even though he had been at FATF far longer.

FATF has rotating presidencies of one year, but changed that recently to two years.

Prior to joining FATF in 2015, he worked for the UK Government as Head of the Illicit Finance Unit and Senior Policy Advisor at HM Treasury, and before that as a senior member of the Serious Organised Crime Agency, now the National Crime Agency.

He also, according to his bio on the FATF site, had a broad range of experience, including at NGO’s and in the public and private sector.

Lewis has a BA (Hons) from the University of Portsmouth, MSc from Cranfield University and is a Fellow of the Royal Geographical Society.

In his role at the FATF, Lewis was responsible for “leading the FATF Secretariat in bringing to bear the combined expertise of governments around the world to fight money laundering, the financing of terrorism and the proliferation of weapons of mass destruction.”

It also included providing training and support for officials from FATF member countries and the nine FATF-Style Regional Bodies.

Since 2016, FATF has been represented in G20 meetings of Finance Ministers and Central Bank Governors, where Lewis supported the President and is the G20 Deputy for the task force. 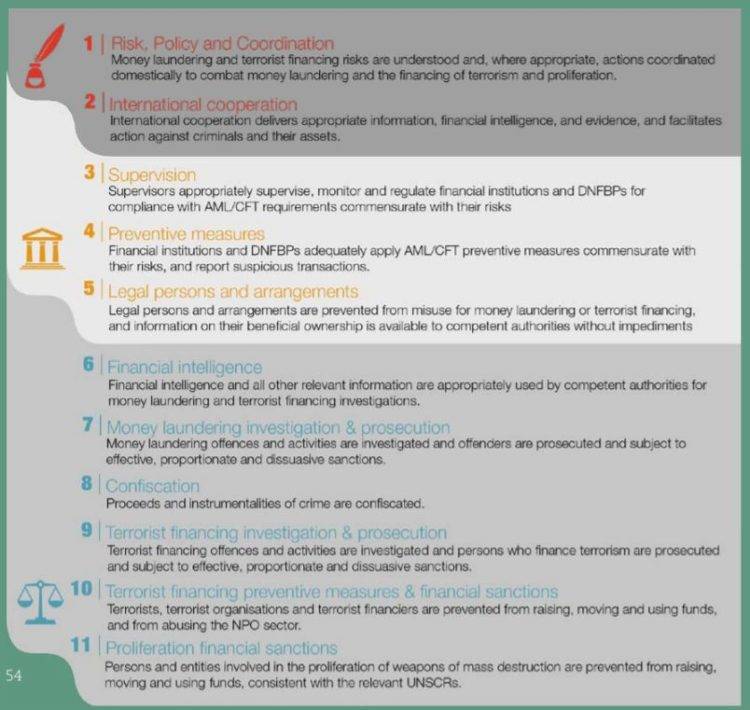 Now that Lewis out of the FATF machine, he is championing a more proactive approach to countries fighting financial crime, rather than ticking boxes up or down with improvements in rules or results and waiting for big failures to happen – and issuing fines to foster compliance.

In a stark counterpoint from industry trends over the last two decades – more and stronger regulations and bank AML and sanctions penalties soaring into the billions of dollars – Lewis stated these tactics were not effective ways to fight money laundering.

“The world doesn’t need more standards or regulations, and fining banks doesn’t work,” he told the Financial Times. “We need to stop talking and start doing,”

David also leveled criticism at “jurisdictions at a political level who don’t fully understand the importance of tackling money laundering,” he told the publication.

More often than not, countries are “motivated by trying to support their financial institutions and stop them being fined” and “don’t fully understand that this is about the money that fuels serious crime and terrorism.”

The FT quotes FATF as stating the group has found that it is “increasingly no longer the absence of laws and regulations that is the problem…The problem lies in how effectively the measures are used” and implemented with a focus on prevention.