Fincrime Career Tips and Tricks: To rise in field, knowledge of rules must pair with practical tools, regulations align with investigations, practice innovation through association 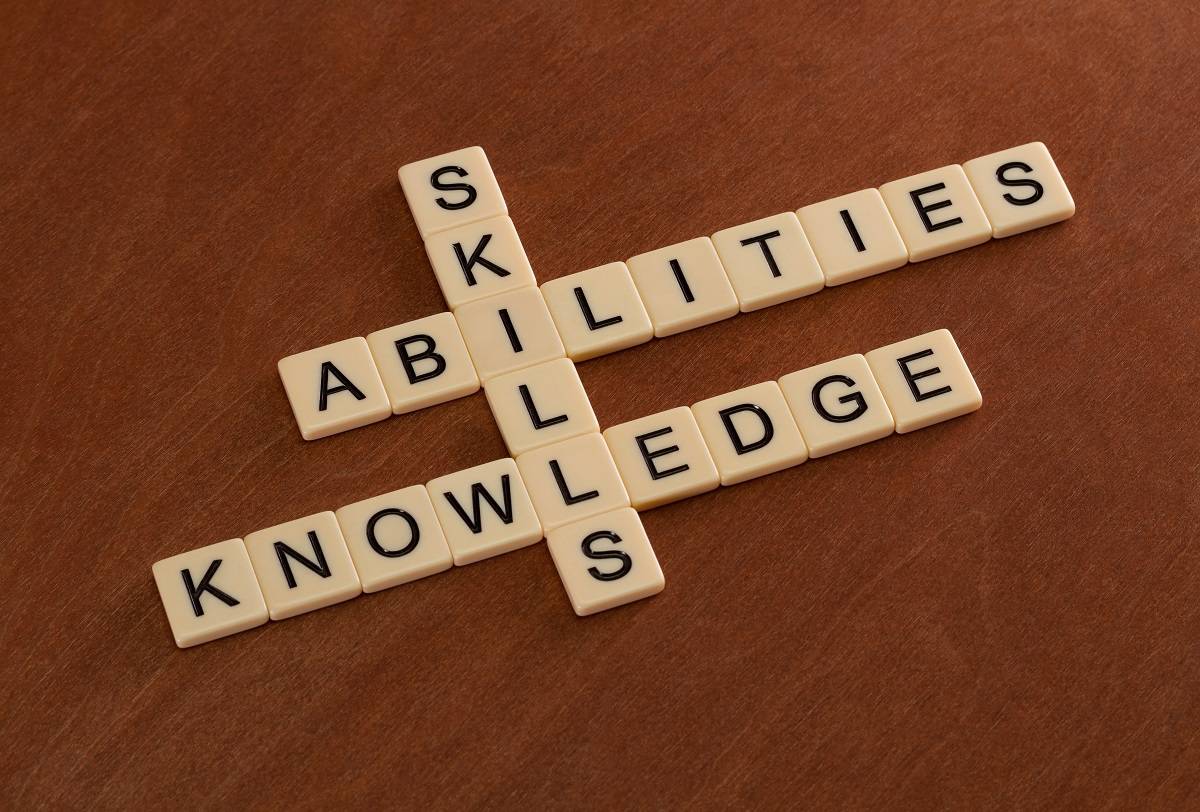 In this new initiative, ACFCS engages the fincrime compliance community for wisdom and practical insights on how to enter and rise in a fulfilling but demanding and everchanging field.

We are asking minds across the spectrum and around the world of compliance officers, regulators and investigators to share some of their secrets to success.

Some of the questions: How can you take the first steps launching a career in the midst of a pandemic? And for those already working, how can you continue to develop professionally and take it to the next level?

For this tip, we travel to Germany, to see through the eyes of an academic researcher who also has more than a decade of investigative experience and skills with law enforcement to better understand how knowledge and theory-crafting can interweave and underpin practical experience.

Such a convergent stratagem can be the hammer and anvil to forge a deep and diverse skillset to follow the money and take down larger, interconnected, international organized criminal groups.

As well, vital to truly seeing the big picture in complex investigations, compliance professionals must also keep abreast of changing laws and regulations, geopolitical power dynamics and fluctuating regional risk rankings – as these can have drastic effects on illicit financial flows.

Overall, more countries are realizing that to cripple large organized criminal groups, corruption kingpins and fraud networks, you need to follow the money – not just go after the low hanging fruit – and take away the funds and assets from the head of the snake, along with high-profile prosecutions and deterrent prison terms.

And while it might have made certain forms of money laundering more challenging, the global COVID-19 pandemic didn’t stop criminals, forcing fincrime compliance professionals to adjust, adapt and overcome – in many cases while working from home and more disconnected from certain anti-money laundering (AML) systems, connections and colleagues.

But networking – in and out of your institution and region – is also critical to career success.

By joining professional associations, you can connect to a wider array of experienced professionals, each with unique and powerful perspectives that can help you expand your knowledge and sharpen analytical and investigative skillsets, along with webinar and other archives and libraries to track trends – and hard charging thought leaders. 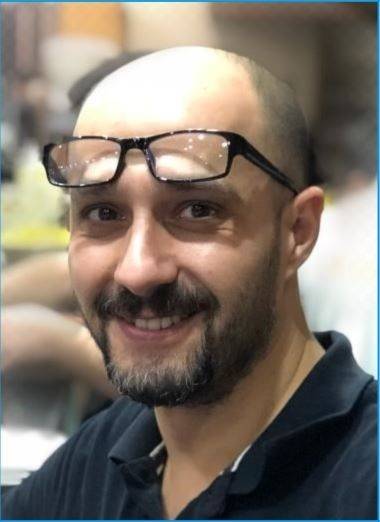 Here are some takeaways from Day Two:

What initially attracted you to the world of financial crime prevention? What keeps you here now?

Until the 1980s, law enforcement agencies’ main policy was focusing on either revealing the crime or identifying the perpetrators of the crime.

However, no matter how better strategies were developed and how good operations were conducted, at the end of the operations, other organized crime groups were replacing the ones that disappeared.

Even though arrested organization members were serving some time in jail, they were spending their illegal gains (most of the time money) for the rest of their lives in prosperity.

Thus, serving the sentence was remaining as a small cost for them compared to their harm to both individuals and societies.

Furthermore, in most cases, only low-level members of criminal organizations were being punished while bosses were escaping from the justice system.

On the other hand, in victimless crimes (I am not sure if there is such a crime but at least it is stated in the literature), such as some type of corruption cases and white-collar crimes, criminals were also reaping the financial benefits of their crimes.

The justice most times couldn’t be served or wouldn’t be adequate enough compared to what the criminals deserved since there were no victims to follow their claims.

Having seen the above-mentioned situations and many others which couldn’t be mentioned, international initiatives, including by the United Nations Office on Drugs and Crime (UNODC), financial institutions, etc., urged governments and international bodies to take further steps in fighting criminals and criminal activities by targeting both motivation and source of criminal activities, which is money, rather than the crime itself.

According to a new concept, criminals would not be only punished for their wrongdoings but also their financial gains, the proceeds of crime from their illegal activities, which would be taken away from them by related authorities to better serve justice.

During this time period, some additional concepts were also introduced to legal systems, including the crime of money laundering.

Thus, in the meantime, those who are at the upper link of the criminal syndicates who couldn’t be related to the crime would be punished one way or another.

Although it is still under debate whether confiscation of proceeds of crime is punishment or preventive precaution, beyond these discussions, it is obvious that it is a serious deterrence from the criminal activity.

Therefore, I believe within the new concept of financial crime prevention policies, justice will be served more effectively, and crime-fighting policies will be more deterrent [by following the money, confiscating the assets bought with illicit finance and going after the leaders of organized criminal and corruption networks].

This is the reason why financial crime prevention attracted me.

How did you overcome the experience gap for those new to their industry, field or country?

I started my professional career in law enforcement agencies as a financial crime investigator for more than a decade.

I was able to find opportunities to work in different countries, including the USA, UK, Russia, etc. to investigate transnational organized crime groups and their financial activities due to the nature of my previous professional career.

During this period, I finished my master’s in the USA and Ph.D. in the UK, and subsequently followed my professional career in the academy.

I received my MA degree from the University of Baltimore Criminology Department and the PhD degree from Durham University Government and International Affairs.

During my academic studies, I focused on transnational organized crime, money laundering, and financial crimes. I am currently a PSI Alexander von Humboldt Foundation Research Fellow at the University of Tubingen, Criminology Institute.

Therefore, luckily, unlike many of my other counterparts, I could access many academic sources, symposiums, and conferences regarding financial crimes, activities of criminal organizations and the finance sector.

All these experiences provided me with a unique opportunity to combine both practical experience and theoretical knowledge.

However, being updated regarding new regulations, applications and cases are always challenging.

Therefore, I followed professional organizations including ACFCS, ACAMS and many others, which I think are pioneers in the industry. I also keep my connections and relations with the law enforcement agencies.

Nevertheless, because of competency in the industry, I have to accept that the knowledge and experience that I acquired from those professional organizations, including ACFCS, are much more valuable and practical compared to the information, which I learned from academia since they also provide an excellent opportunity to combine best practices and theoretical knowledge.

What’s your advice to someone just starting out in the industry and wondering how to chart their career path?

I believe that learning foundational concepts is the inevitable process of building a career in the industry.

However, it is never enough to [just to keep pace] in this competitive industry. As a second step of the process, new regulations, best practices and new applications should be followed continuously.

Therefore, being associated with professional organizations such as ACFCS is the key element to start and continue [to grow and have a successful] career path, which is also one of the main reasons why I would like to be part of ACFCS. 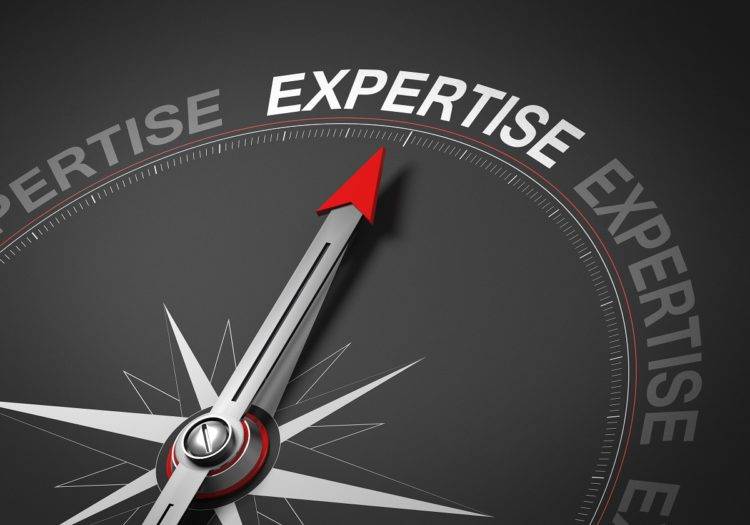 Any advice or suggestions for job-seeking during the pandemic?

In fact, most national and international reports show that criminal organizations are continuing their activities without any interference despite the restrictions, such as travel.

Therefore, we can assume those criminal organizations are still continuing to commit financial crimes one way or another, which shows that financial sectors still need professionals in their financial crime prevention policies.

On the other hand, those candidates who are still suffering to find appropriate jobs can take advantage of these times to invest in themselves by joining webinars, online conferences, and seminars.

Thus, they both develop their skills and knowledge for further job opportunities.

Any other thoughts or guidance on getting started in fincrime careers to share?

As I said before, I would definitely recommend career seekers to be associated with at least one of the professional organizations so that they can build and update their knowledge, learn best practices in the sector and take advantage of the opportunity to establish yourself and be part of a larger professional network.

Get involved in sharing your career tips: How It Works

Each quarter, ACFCS is asking its members for advice on various aspects of fincrime careers, from getting your foot in the door to finding a mentor.

This quarter, we’re focused on guidance for launching a career – everything from what motivated you to seek out a role in fincrime prevention, to where you’re seeing hiring opportunities and more.

We’ll gather responses and share them back with our member community. Three participants will receive one year of complimentary ACFCS members (added to your existing membership for current members).

To learn more and submit your tips, click here.