After weeks of bluster and saber rattling – and ignoring a cacophony of threats, formal sanctions and condemnations from world leaders – Russia invaded Ukraine Thursday, causing shockwaves in geopolitical, energy and finance markets.

The invasion, under the pretext of Russian leader Vladimir Putin stating Ukraine was actually going to attack Russia, started in the early dawn hours with a “special military operation” aimed at the “demilitarization and de-Nazification” of the country, he said in a televised statement.

In tandem, the United States – in partnership with more than two dozen members of the European Union, including France, Germany and Italy, as well as the United Kingdom, Canada, Japan, Australia, New Zealand, and others – expanded rising sanctions against Russian financial institutions and entities on Thursday.

The “severe” sanctions by the U.S. and its commitment by a coalition of partners has resulted in a bevy of financial crime compliance, sanctions and cybersecurity risks to soar.

The reason: Many of the largest banks in Russia have essentially become radioactive, putting new pressure for any banks transacting in U.S. dollars or with a correspondent nexus to Russia to uncover direct and hidden connections to designated entities – or themselves face hefty penalties or blacklistings.

With the financial sanctions announced Thursday and prior first tranche released on Tuesday, “we have now targeted all ten of Russia’s largest financial institutions,” the administration stated. 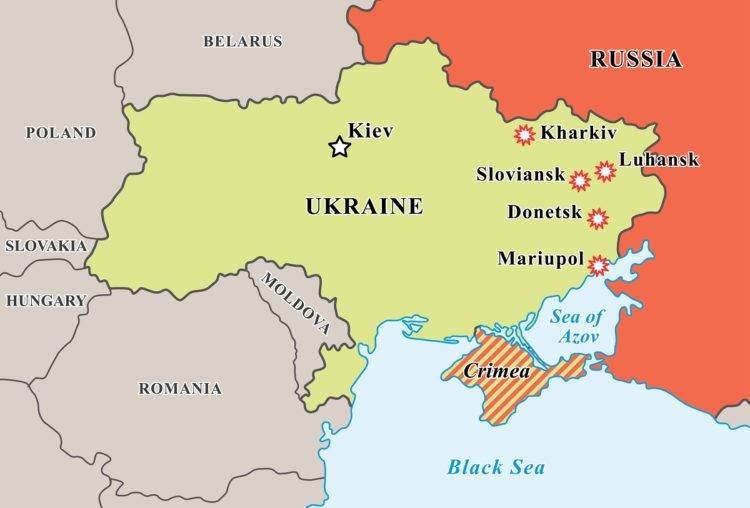 The actions included the imposition of full blocking and correspondent and payable-through account sanctions, and debt and equity restrictions, on institutions “holding nearly 80% of Russian banking sector assets,” Biden said in a statement.

The stated goal is to put the “squeeze” on Russia and make it harder for the country, its military and politically powerful and corrupt elites to access financial markets.

“I just spoke with the G7 leaders this morning, and we are in full and total agreement,” President Biden said. “We will limit Russia’s ability to do business in Dollars, Euros, Pounds, and Yen to be part of the global economy.”

The rapidly-expanding sanctions will require compliance teams to be creative and thorough, said Crystal Noe, head of Noe Compliance, who has more than two decades of experience in AML, sanctions and risk management roles, most recently holding top sanctions compliance posts at FaceBook and Citi.

“Keep in mind, as noted with recent OFAC settlements, you are also expected to search for and detect similar name variations, places of interest (ports, airports, etc), and apply technique/rules to enable geo-fencing (e.g. IP Blocking, rules for any data currently collected containing details that could point to this location like dialing prefix, address, passport, shipping address, etc).”

That a full-scale ground assault had begun was confirmed by reporters in the Ukrainian cities of Kyiv, Kharkiv and Odessa.

They noted explosions rocking the roiling region just moments after Putin’s announcement and other attacks by helicopters and military aircraft, with some pictures of unexploded rockets and shells sticking out of homes and buildings.

In a televised address as the attack started, Putin warned other countries that any attempt to interfere would “lead to consequences you have never seen in history.”

He makes such statements with the force of a stark reality behind him: even after reducing stockpiles in recent decades, Russia still has the largest stockpile of nuclear warheads in the world.

Even with the Russian bear bearing down on their country, Ukraine leaders were defiant, noting that the attack is an assault on freedom itself.

Ukrainian President Volodymyr Zelenskyy severed diplomatic ties with Moscow and declared martial law, even stating citizens had the right to bear arms and defend themselves.

“As of today, our countries are on different sides of world history,” Zelenskyy tweeted. “Russia has embarked on a path of evil, but Ukraine is defending itself and won’t give up its freedom.”

“A full-scale war in Europe has begun. … Russia is not only attacking Ukraine, but the rules of normal life in the modern world,” Adviser Mykhailo Podolyak said. 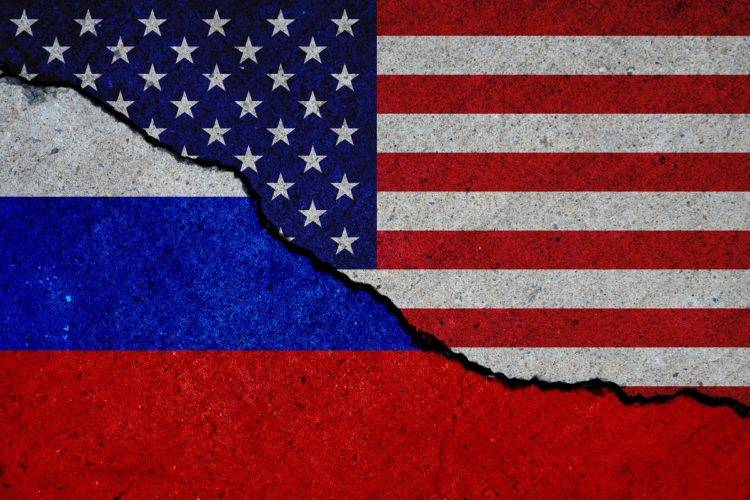 Here are some snapshots:

The U.S. issued full blocking sanctions on two large state-owned Russian financial institutions that provide key services crucial to financing the Kremlin and the Russian military: Vnesheconombank (VEB) and Promsvyazbank and their subsidiaries.

Imposing correspondent and payable-through account sanctions on Sberbank – Russia’s largest bank – is “uniquely important to the Russian economy, holding about a third of all bank assets in Russia,” according to U.S. authorities.

As a result of the sanctions, within 30 days, the U.S. Treasury’s Office of Foreign Assets Control (OFAC) is requiring all U.S. financial institutions to close any Sberbank correspondent or payable-through accounts and to reject any future transactions involving Sberbank or its foreign financial institution subsidiaries.

Payments that Sberbank attempts to process in U.S. dollars for its clients — with examples ranging from technology to transportation — will be disrupted and rejected once the payment hits a U.S. financial institution.

“By imposing these sanctions, assets held in U.S. financial institutions will be instantly frozen and inaccessible to the Kremlin,” according to U.S. Treasury statements.

In that same vein, banks may be forced into a gauntlet of mini-lookbacks as sanctions rise to peer into the recent past.

The goal: To uncover prior money movements by graft-gilt, wealthy Russians who have likely been moving funds and assets out of Russia and potentially into historic stores of stolen wealth, like real estate, art or virtual value, in a preemptive move to evade expected future sanctions – that materialized this week.

Several Ukrainian government websites were offline following a cyberattack on Wednesday, a Ukrainian official confirmed on Telegram, with banks’ websites also being affected, according to the Hill.

Ukraine’s minister of digital transformation, Mykhailo Fedorov, said the disruptions, which began around 4 p.m. local time, were “another mass [distributed denial-of-service] DDoS attack” that targeted several state websites including the parliament, the foreign affairs and defense ministries, according to the publication.

This is the just the latest in a coordinated wave of cyberattacks going after Ukrainian government websites. 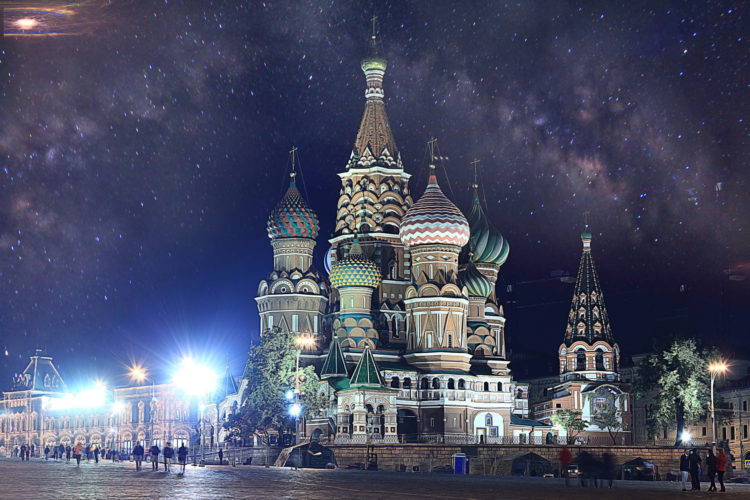 Also on Thursday, the U.S. Treasury expanded Russia-related debt and equity restrictions to additional key aspects of Russia’s economy in a “move to limit Russia’s ability to finance its invasion against Ukraine or other priorities of President Putin.”

OFAC as well identified the following three Russian entities for operating or having operated in the Russian financial services sector:

The administration also worked with Germany to ensure the Nord Stream 2 pipeline would not move forward. 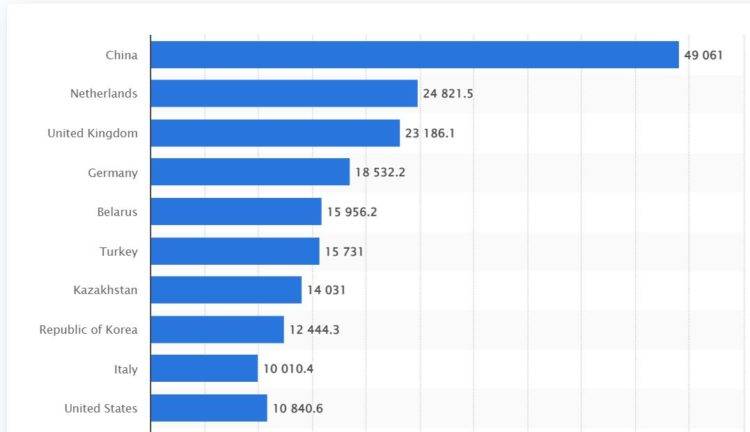 As sanctions bite, fincrime compliance professionals should also take a closer look at Russia’s top trading partners, with China at the top of the list, outpacing every other country by far, with nearly $50 billion in Russian exports to the region, according to industry estimates.

Russia’s other top export partners include the Netherlands, the United Kingdom, Germany, Belarus and, at No. 10, the U.S.

While large, international banks fret over sanctions compliance challenges, and work to anticipate how Russia will try to evade sanctions with the help of longtime allies and trading partners, many in the world simply want to know, why?

Why did Russia invade Ukraine?

The reasons are manifold, but chiefly boil down to Putin himself not wanting a neighbor and former part of the crumbled Soviet Union to become an ally – of many of his sworn foes, according to analysis by U.S. News and World Report.

“Ukraine’s ambitions to align itself more with Western countries – including its publicly stated interest in joining NATO, which itself was founded at least in part to deter Soviet expansion – has been met with aggression from Russia,” the council notes, as reported by the publication.

Tensions boiled over in 2014 after Ukrainians ousted a Russia-aligned president.

“Russia – under the dubious claim of protecting ethnic Russians and Russian-speakers from Ukrainian persecution – annexed the Crimea region of Ukraine in a move widely condemned by the international community,” a harbinger of things to come.

One of Russia’s top demands has been to prevent Ukraine from joining NATO, a military alliance between 28 European countries and two North American countries dedicated to preserving peace and security in the North Atlantic area, according to the report.

“The former Soviet state is one of just a few countries in Eastern Europe that aren’t members of the alliance,” putting a critical pressure point right on Russia’s doorstep and would be an affront to Putin’s own perceptions of projecting authority and influence on the international geo-political stage.

“The Kremlin in general views NATO expansion as a “’fundamental concern,’” according to a translated readout of a Jan. 28 call between Putin and French President Emmanuel Macron, according to the report.

While many fincrime compliance teams are still fretting about how to properly digest and implement so many sanctions updates so quickly, one longtime designation denizen is calling on public and private sector entities to pull back, if just for a moment, and see the historic repercussions of the day.

“Today was an amazing day if you were a sanctions person,” said Eric Sohn, publisher of MrWatchlist.com, in a social media post. “Just amazing in the scope and breadth of what they did, and the level of cooperation and coordination was stunning.”