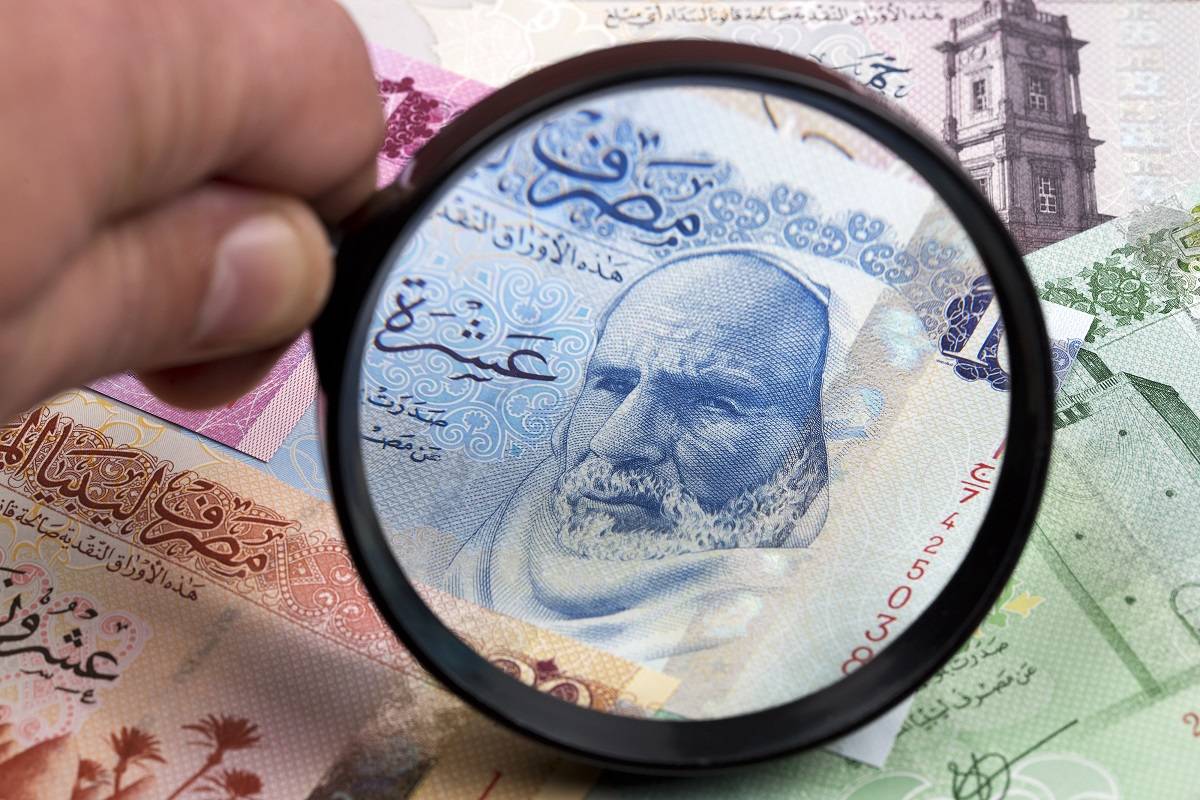 What is a sovereign wealth fund

According to one (simple) definition, Sovereign Wealth Funds (“SWFs”) are pools of assets owned by and managed by governments to achieve national objectives.[1]

SWFs are not new a phenomenon, but almost two thirds of them have been formed at the turn of the present century.[2] These financial entities take several forms, mostly with regards to the source of money placed in them.

Some sources of money placed in SWFs are industrial revenue or trade surpluses, foreign currency operations, development and pension reserve funds, and most notably, receipts from commodity exports, such as oil and gas.

SFWs are particularly popular among petroleum-exporting countries, as high revenues from petrodollars and the need for diversifying the local economy finds a perfect vehicle in an SFW.

Indeed, among the top 30 SFWs by asset value, well over half come from countries with vast oil and gas resources.[3]

The purpose of an SWF is generally to support and grow the economy of the government that created them; given their extensive resources—some researchers estimate the wealth controlled by SWFs to exceed $8 trillion—they help their countries during periods of economic volatility.[4]

SWFs come with a unique set of compliance-related challenges, owing to mostly to their governance structure being intimately tied to politics and the vast wealth most of them control.[5]

Given that some of the largest SWFs hail from non-democratic regimes, there is a risk that the officers and managers are political appointees, or worse, that they may be pursuing their own political agenda.[6]

Some funds are characterized by a lack of transparency and unclear motivation, and have an ability for opportunistic investments in times of global crises.[7]

Most SWFs prefer investing in Organisation for Economic Co-operation and Development (OECD) countries, particularly in the United States.[8]

For US investors and companies this may raise Foreign Corrupt Practices Act (FCPA) challenges, but as a more immediate consideration, some researchers have noted that SWFs tend to acquire large direct ownership positions in listed companies.[9]

If an SWF gets targeted with a sanction by the U.S. Treasury’s Office of Foreign Assets Control (OFAC), an asset freeze of a large stakeholder may introduce all sorts of tensions within a company or the wider market.[10]

In most cases, once OFAC designates or blacklists a company or individual, it becomes radioactive to the global banking sector.

Considering the challenges outlined above, in late 2000’s some of the most prominent SWFs came together and formed a set of Generally Accepted Principles and Practices, more commonly known as the Santiago Principles.[11]

According to the International Forum of Sovereign Wealth Funds, whose precursor promulgated the Santiago Principles, these principles are set forth to maintain honesty, transparency and integrity of SWFs to contribute to the stability of the global market, reduce protectionist pressures, and help maintain an open and stable investment climate.

Despite the admittedly enormous goodwill that went into negotiating and promulgating the Santiago Principles, the participation in the regime is voluntary, but so is compliance.

The Santiago Principles are not law, in the sense that they do not give rise to legally binding obligations under international law; they are what is commonly known as “soft law” among international law practitioners.[12]

Soft law is any document that pertains to an area of international law and is written in legal language, but does not by itself rise to the level of binding law. Transgressions of these rules, therefore, largely carry a reputational risk, which may not always be the strongest deterrent for problematic behavior.

As a counterpoint, when it comes to an area such as compliance with anti-money laundering (AML) rules, counter-corruption laws or OFAC sanctions listings, failings have come with severe financial – and tacit reputational – penalties.

In some cases, individual penalties have soared into the billions of dollars. How high? As high as $9 billion – the current record held by BNP Paribas for a host of OFAC and AML issues negotiated in 2015, chiefly illicit dealings with Cuba, Iran and Sudan.

The compliance risks posed by SWFs are maybe best understood through a case study of the Libyan Investment Authority (“LIA”).

This may be an extreme example, but it showcases a large number of risks, ranging from poor governance of the fund and the country to effects of international sanctions that still linger: all that brought to financial disaster, resulting in the ultimate financial standstill LIA is facing today.

The LIA’s story would be probably best told through an action movie.

LIA was formed in 2006, in the wake of historic lifting of US sanctions that made the country under Gadhafi’s rule an international pariah.[13]

The sanctions were lifted as Gadhafi gave up Libya’s WMD program in 2003, potentially prompted by the rising tensions between Iraq and the wider region and the US.[14]

The formation of the LIA , whose wealth came primarily from Libya’s enormous oil reserves, coincided with the pre-Great Recession bull market.[15]

The fund, run by incompetent political cronies and the unbridled avarice on Wall Street proved to be the perfect storm—LIA was seen as the newest “elephant” on the block by big international investment banks.[16]

The fund was suffering from all-around compliance issues: Mustafa Zarti, the deputy chief executive was a political appointee, as he was a family friend of Gadhafi’s.[17]

The LIA was seriously understaffed and inexperienced: Mr. Zarti’s assistant, Sofia Wellesley (better known as the granddaughter of Duke of Wellington and James Blunt’s wife), called the LIA “a team of clearly naïve and unqualified individuals.”[18]

This contention is further underscored by a statement by Catherine McDougall, then-Allen & Overy associate on secondment at the LIA: when she asked the staff where the due diligence was on some of LIA’s trades, they responded “due what?” [19]

The LIA worked with a host of major investment banks, but its relationship was probably the closest with Goldman Sachs.

One of their bankers even had a designated desk at the LIA’s headquarters in Tripoli.[20] The LIA made nine risky investments with the bank which ultimately lost it $1.2 billion.

Eventually, the LIA sued Goldman Sachs in the UK; the case was dismissed, but it exposed many of the tactics used by Goldman Sachs’ bankers, as well as LIA’s utter incompetence to manage its assets.

Goldman Sachs salesmen treated LIA officials with fancy dinners and musicals, gifted them iPads, and allegedly even retained the services of a sex worker. Mr. Zarti’s brother was given an internship at Goldman Sachs, despite his résumé showing he last worked at a video club several years prior.[21]

As a point of context, large financial services firms have been chastised for such actions as being corrupt to the core.

In recent years, some half-dozen of the world’s largest banks – including Credit Suisse, Societe Generale, JPMorgan Chase and others – have paid regulatory and investigative agencies hundreds of millions of dollars for offering coveted internships and similar instruments to get an edge in certain business deals, colloquially dubbed the “princelings” scandal.

As for LIA, Goldman Sachs was not the only bank sued, with the authority filing actions against Societe Generale, JP Morgan, and Credit Suisse.

And sometimes, these lawsuits delivered.

This means that its activities have not been exposed in the same manner as those of Goldman Sachs.

Post-Great Recession, with the dawn of the Arab Spring, Libya devolved into a chaotic civil conflict which resulted in the EU, the UN, and the US imposing sanctions on assets owned by Libyan authorities.

This, in turn, caused tension in listed companies in the LIA’s portfolio, including Unicredit, one of the largest banks in Italy, and Pearson, the owner of the Financial Times.[24]

A 2012 internal valuation claimed that the LIA was worth $67 billion in assets, which is the figure most sources use to this day.[25]

As an unusual offshoot of Libya’s civil conflict, competing political factions claimed ownership of the LIA as well: the UN-recognized Government of National Accord (GNA), based in Tripoli, settled the issue of ownership earlier in 2020, when the High Court in London ruled in favor of the chairman appointed by the GNA.[26]

In 2020, since the March ruling, the LIA has made several attempts to get the UN sanctions lifted, to the decry of some Western politicians.[27]

Until the assets are unfrozen, the LIA will not know with certainty what its assets are worth.

Worse yet, it cannot exercise its shareholder powers in any way, and it cannot divest itself of assets that are losing it money; effectively, it is stuck. Its predicament was only further compounded by the COVID-19 epidemic, where many of its holdings may be losing money.

A positive development is that the newly-recognized LIA chairman signaled a strong commitment to implement a robust compliance regime based on the Santiago Principles for the LIA.[28]

However, before that, I suggest that the LIA improves its communications strategy.

For example, despite the tone-at-the-top shift from the yesteryears of the late 2000s, the LIA’s website, is still exclusively available in Arabic.

In late 2019, the current LIA leadership announced a partnership with Deloitte and Oliver Wyman;[29] in October 2020, some media outlets announced that EY will conduct an audit for the financial year ending December 31, 2019.[30]

There has been little word about any of these projects since. In the industry that places an incredibly high premium on reputation, the battered SWF still has a long way to go to repair its own.

[26] Michel Cousins, Getting the Libyan Investment Authority back on track again: An interview with LIA chairman Ali Mahmoud Hassan, Libya Herald (May 6, 2020), https://www.libyaherald.com/2020/05/06/getting-the-libyan-investmenet-authority-back-on-the-road-again-an-interview-with-lia-chairman-ali-mahmoud-hassan.