Fraudsters are more aggressively targeting COVID-19-related unemployment insurance benefits designated for out-of-work Americans, government officials and nonprofits warn, lured by the more generous payouts the federal government is doling out because of the pandemic.

Approximately $26 billion of unemployment benefits “could be wasted with a large portion of this going to fraudsters,” according to Scott Dahl, the inspector general for the Department of Labor.

In some cases, these benefits are being stolen by identity thieves filing on behalf of strangers, or hacking into systems for those already getting unemployment benefits to illicitly shift the funds their way.

Over the last three months, more than 44 million Americans have filed jobless claims, according to media reports.

“About 10 percent of unemployment insurance payments are improper in the best of times,” Dahl told the House Subcommittee on Government Operations on June 4. “With the large amount of funding under the CARES Act, the improper payment rate potentially will be much higher.”

Under the $2.2 trillion relief package called the CARES Act, laid-off and some furloughed workers got an extra $600 a week in benefits on top of what they received from the state if their job loss was a result of the coronavirus and the subsequent shutdowns, according to the report.

Overall, many of the benefits designated for small businesses and struggling families, many of which have lost their jobs, have been diverted by scammers.

The Paycheck Protection Program (PPP), provided under the multi-trillion dollar CARES Act, has made available $659 billion in federal crisis aid for small businesses hurt by the COVID-19 pandemic and by the necessary state shutdown measures.

The program offers potentially forgivable loans covering up to eight weeks of payroll.

In short, the PPP seeks to “stem the rising tide of unemployment, help small businesses keep their employees, and enable them to rebound quickly after states let them reopen,” but could also open the door to massive fraud, says Forbes.

Individuals who are working with banks to combat misconduct in the PPP program — including former California banking commissioner Walter Mix — estimate that fraud rates could be as high as 10 percent to 12 percent, according to a report last month in the American Banker.

Those estimates, based on initial reviews of loan files at dozens of banks participating in the PPP, are “roughly consistent with what has happened after other disasters,” according to the report.

“In the aftermath of Hurricane Rita and Hurricane Katrina, a government audit found that around 16% of applicants for federal disaster assistance used invalid information.” The meaning: If 10 percent of the PPP’s funding went to “fraudsters, taxpayers would be defrauded by tens of billions of dollars.” 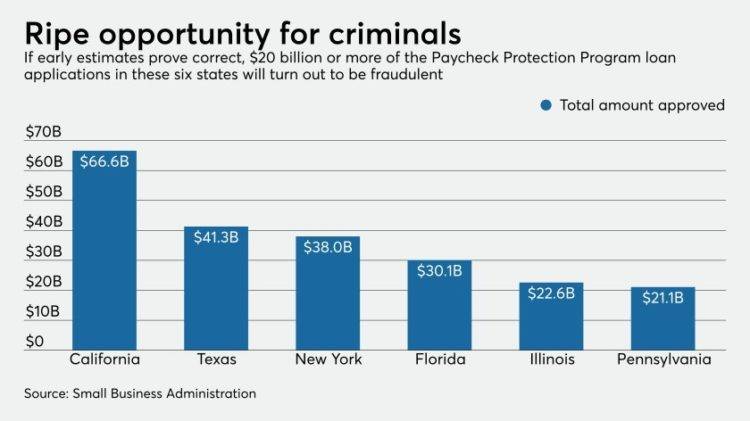 Identity thieves filing for benefits, lured by easy access to extra $600 a week

It’s no surprise fraudsters are attempting to purloin PUA benefits as the overall figure involved is massive, currently estimated to total nearly $110 billion. Moreover, unemployment assistance has historically been rife with abuses.

“As the unemployment insurance program historically experiences some of the highest improper payment rates within the federal government, the associated risk of improper payments and fraud in the PUA program is significant,” the IG stated.

States’ reliance on “self-certification alone to ensure eligibility for PUA will lead to increased improper payments and fraud,” according to the report.

As for the pandemic-related unemployment assistance, the state of Washington estimates that between $550 million and $650 million of the state’s unemployment benefits have been stolen through fraudulent claims, according to media reports.

Around $330 million have been recovered as of June 4, according to the state’s Employment Security Department.

“We started to get a number of calls, specifically from the Seattle area, and that’s unusual for us because we don’t get very many complaints and questions around unemployment benefits,” said James Lee, chief operating officer of the Identity Theft Resource Center, a nonprofit that helps victims of ID theft. “In a typical year, we would only see 10. When the unemployment payments started, we had 44 in three days.”

In these types of scams, fraudsters steal someone’s Social Security number and file an employment claim under their identities. 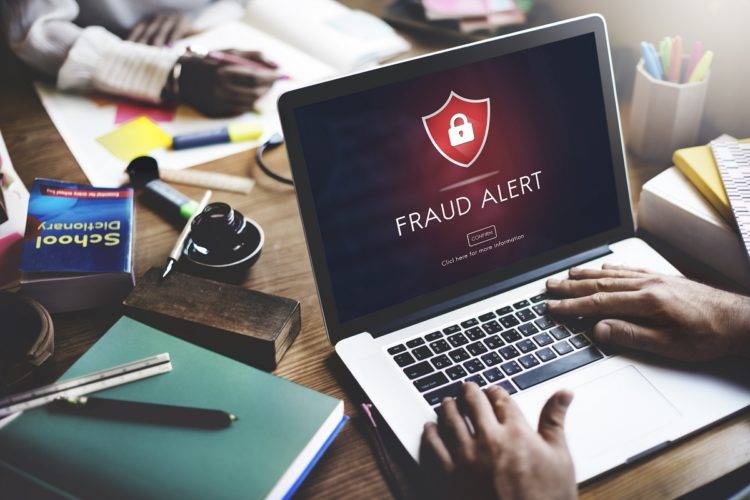 How much can you lose, and a scammer gain? Easily, thousands of dollars

In some of the reports the Identity Theft Resource Center received, people lost $5,000 to $7,000 worth of unemployment benefits.

The reason is that depending when the fraudsters files on behalf of a victim, if they lie and state they have been out of work three months, that means state and federal employment assistance would be retroactive.

So, for instance, that could mean $400 a week at the state level, $600 at the federal level, for three months, would be $12,000 – straight into a scammer’s pocket, with an unknowing person potentially footing the tax bill.

As well, it can be a long time until an investigator or state inspector uncovers what happened.

“In any case, it’s going to be another series of weeks or months delay to get that cleaned up before you can actually get your benefits,” Lee said. “To an individual who’s waiting on an unemployment benefit check, that’s a huge financial issue.”

Often victims of unemployment scams only realize what’s happened when they must apply for benefits.

Fraudsters prefer to use the personal information of people who haven’t applied for unemployment benefits, because that’s when they’re able to get them.

Their victims may not realize what happened until the federal government tries to collect taxes.

If you already have an account set up with the state, make sure the information hasn’t been changed and that you have a secure password. If two-factor authentication is an option, use it by putting your phone number or email address as the second identifier.

“Don’t do a password. Do a passphrase and make it something [you can] remember,” Lee said. “Make sure you don’t use that phrase, anywhere else. One passphrase, one account.”

Monitoring your credit is also a good way of catching early on if you’ve been a victim of identity fraud. If you see a new account opened under your name that you didn’t authorize, that’s a good indication that someone has your personal data and could use it to apply for unemployment benefits.

Reporting the scam as early as possible provides a higher chance of stopping the criminals. If you find yourself a victim of an unemployment benefits scam, report it to your state department and local law enforcement office.

Monroe’s Musings: We know you are already under the gun on PPP fraud because your bank is doling out the loans.

But here is something else to consider now, before a regulator or investigator asks the question: Do you have any customers, individuals, not businesses, who are receiving a state unemployment benefit, maybe $275 a week, the $600 a week federal pandemic assistance and also – and here is the kicker – depositing cash or getting ACH payments and wires from other sources?

Even worse, if bank AML teams notice an account getting multiple of these payments each week – meaning a fraudster has stolen the identities of victims, individuals who may be out of work themselves and hanging on by a financial thread.

Better to have this analysis done so you have it and not need it, rather than an examiner asks about this and you need it, but don’t have it. Just something to consider from Dear ol’ Uncle Brian.