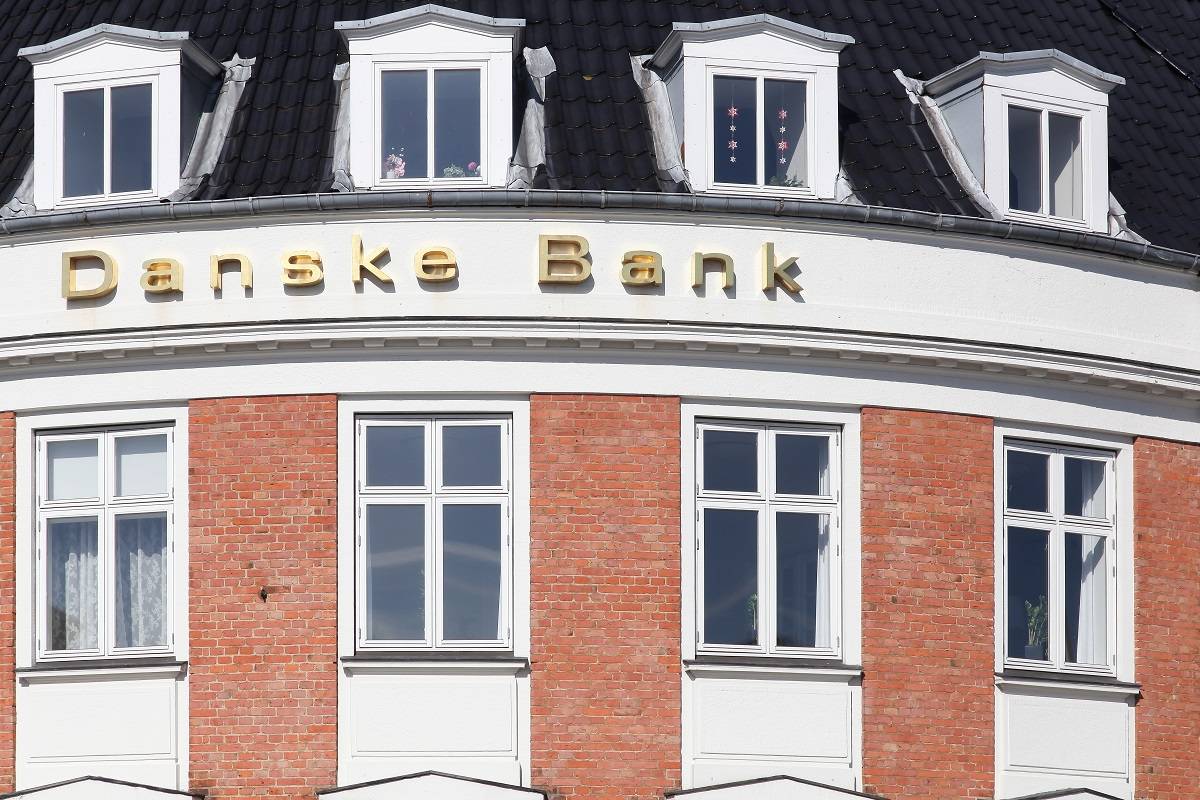 The ousted chief executive of Danske Bank A/S, Thomas Borgen, has been personally targeted in an investor lawsuit arguing he withheld information about potential money laundering that subsequently destroyed the lender’s market value.

Deminor, a Brussels-based law firm, said on Friday it has filed a legal complaint against Borgen on behalf of 155 institutional investors seeking damages of 358 million euros ($387 million).

The case is the latest in a string of legal proceedings against Denmark’s biggest bank, after it failed to properly screen about 200 billion euros in non-resident flows through its Estonian operations, much of which was subsequently deemed suspicious.

Prosecutors in Europe and the U.S. are now looking into the case, and the bank may be facing hefty fines.

Danske’s market value has halved since the beginning of 2018, leaving investors furious. Borgen, 55, was fired in late 2018 and has since had preliminary criminal charges brought against him by police in Denmark.

He had been in charge of the bank’s international operations when the Estonian scandal was developing.

Deminor said it “believes that investors were misled as to the true situation of the bank as from February 2014.”

A report published four years later showed that “the former CEO and other members of the senior management were briefed in detail by the internal audit team about the illegal activities in Estonia and the substantial risks the bank was facing at the group level.”

Edouard Fremault, a partner at Deminor, said that “as a former senior collaborator of the bank,” the expectation is that Borgen would “benefit from an indemnity clause issued by the bank, as it is standard practice,” in an emailed response to questions.

Norway’s sovereign wealth fund, the world’s biggest with about $1.2 trillion in assets, said in an email it’s one of the investors in the suit.

In a statement published on Friday ahead of Danske’s annual general meeting, the bank addressed the issue of liability coverage.

“The Directors’ and Officers’ (D&O) liability insurance taken out by Danske Bank for 2020 has a total coverage amount of EUR 85 million. In the view of the Board of Directors, this coverage amount is far from sufficient considering the size of Danske Bank’s business and the risks associated with this business, including a significantly increased risk exposure under Danish and international laws and regulations and the enforcement thereof by relevant authorities.”

Danske Bank stated it has “tried to take out insurance at a higher level, but this has not been possible due to limited capacity in the liability insurance market. It may not be possible to obtain such coverage in the years to come.”

It went on to note that its current liability insurance for directors and officers “excludes coverage for claims which are in any way related to or arising out of the Estonia matter.”

Since the money-laundering case erupted, Danske has replaced a number of executives and board members to bring in people who aren’t tainted by the scandal.

On Friday, Danske said Martin Blessing, a 56-year-old German, and Raija-Leena Hankonen, a 59-year-old Finn, will join its supervisory board next month.

Until 2016, Blessing was the CEO of Commerzbank where he also worked with Stephan Engels, who’s joining Danske as chief financial officer in April. Blessing joined UBS in 2016 as co-head of the wealth management division, but left at the end of last year.

Danske also said it plans to increase the base pay for its board members by at least 23% after the laundering scandal added to their workload.

Danske’s board members face “increasing requirements and expectations from regulators and other stakeholders” and spend more time “both during and in between meetings,” the bank said in a statement, (via Bloomberg and Insurance Journal).

Monroe’s Musings: The lawsuits against Danske Bank, and now suits specifically targeting top executives, are piling up. This latest suit is novel as it targets Borgen himself, because, as everyone knows, its always the bank itself that has the deepest pockets.

This legal avenue builds on a move by some 60 investors in December who sued Danske Bank for 1.5 billion crowns, or $224 million, over the alleged money laundering, which, at that time, was the third such case to hit Denmark’s biggest lender – bringing the total number of investors to nearly 300 and funds sought to more than $1 billion, according to Reuters.

Danske Bank is under investigation in several countries including the United States over 200 billion euros ($220 billion) of payments through its branch in Estonia between 2007 and 2015, many of which the bank has said were suspicious.

The money laundering scandal and related investigations have resulted in Estonia booting Danske out of the country and has spawned aggressive investigations into banks in the Nordic and Baltic regions and the United States, particularly Swedbank and Deutsche Bank, among others.

At the supranational level, the Danske scandal has caused European Union regulators, at the country and bloc level, to engage in a game of naming, blaming and shaming, with accusations and recriminations at all levels.

In recent months, the EU has pushed to create a dedicated pan-bloc anti-money laundering (AML) oversight and enforcement body that would put regional regulators in the hot seat and better attempt to see fincrime vulnerabilities happening across multiple member states.

But Danske Bank is facing more than just EU investigative and regulatory vitriol – it must also answer to jaded and vengeful investors. Danish law firm Nemeth Sigetty said it had filed the latest suit at the District Court of Copenhagen on behalf of a group of about 60 international investors.

The investors, including pension funds, insurance companies and asset managers from at least 12 countries, are represented by the International Securities Associations and Foundations Management Company for Damaged Danske Investors (ISAF-Danske).

The lawsuit claims Danske violated Danish Capital Market Laws by deliberately misleading and keeping investors in the dark for years, ISAF-Danske said in a statement.

It said the bank did not disclose that “its financial income statements and retained earnings included significant earnings from known illegal high-risk money laundering activities.”

Danske Bank is already facing two lawsuits in the United States, including one by 232 pension funds and other investors claiming damages of nearly $800 million, according to Reuters and other media outlets.

These moves by investors are not uncommon for high-profile AML failures, but were almost a guarantee involving banks tied to the Danske scandal, and of course Danske itself – the epicenter of the scandal, when the stock prices of the institutions plummeted after news became public.

But the fact that the suits are now targeting top executives give even more ammunition to AML compliance teams to sway the C-suite and even the board for more resources to bolster fincrime defenses or address uncovered issues quickly and completely.

These lawsuits are yet another reason that banks need to have strong financial crime compliance teams, lest they may face the same fate from irate regulators, investigators – and fuming and furious investors.

But there is a next possible phase to these lawsuits that could cause more fracturing, concern and consternation in the ranks of compliance professionals.

Will these lawsuits ever decide to target top AML officers or even the Chief Compliance Officer function? This is not a giant logical leap from top bank execs to top compliance execs. Will this happen? Only time will tell.