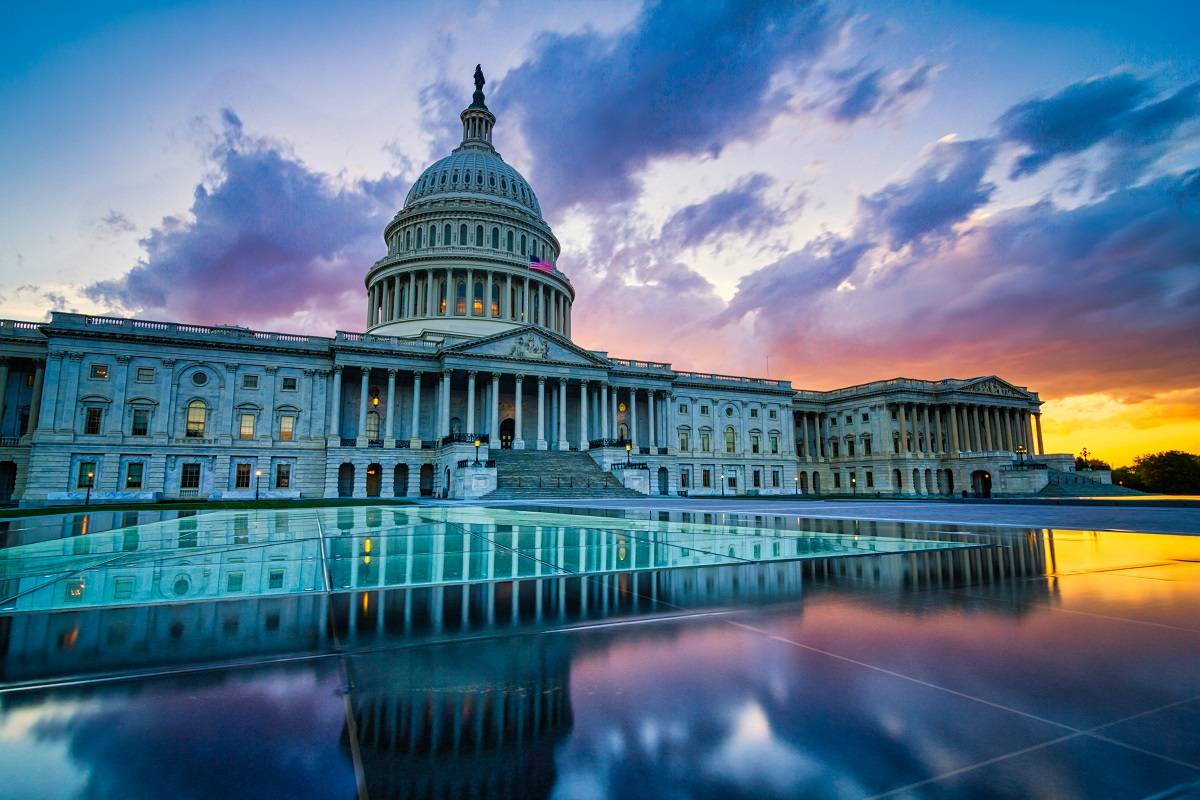 The plethora of provisions in the Anti-Money Laundering Act of 2020, being pushed as an amendment to the quickly encroaching National Defense Authorization Act of 2021 would significantly strengthen the country’s counter-crime compliance defenses, known by many as the Bank Secrecy Act, the basics of which are discussed in the above video.

Lawmakers, federal investigative agencies and regulators, and a host of powerful banking and corporate transparency groups are lobbying to get a sweeping piece of legislation that would reform, refine and retool the country’s financial crime compliance defenses tacked on to a quickly encroaching defense spending bill.

Bi-partisan lawmakers, including the Senate Banking Committee’s top Republican and top Democrat, are pushing for the passage of S. Amendment 2198, the Anti-Money Laundering Act (AMLA) of 2020, to be added to the National Defense Authorization Act (NDAA) of 2021, with some reports expecting passage as soon as this week. To read the full AMLA, click here.

The AMLA, a mammoth tome at 214 pages, has provisions informed by other pieces of legislation to break open beneficial ownership bastions, including HR2513, the Corporate Transparency Act, which passed the House, and S2563, the ILLICIT Cash Act, which stagnated in the Senate, and much more.

In all, the AMLA touches on nearly every area of fighting financial crime, including many core AML program duties, in some cases opening the door to innovation and better information sharing, including previously impervious ownership structures, but also raising the potential penalty exposure for failures – by individuals and institutions, particularly serial violators.

“If enacted, it would be the biggest revision to the U.S. AML/CFT regime since the USA PATRIOT Act of 2001,” said Jim Richards, the former head of AML at Wells Fargo. To read his full review, click here.

What many consider the centerpiece of the AMLA is a provision to direct the U.S. Treasury’s Financial Crimes Enforcement Network (FinCEN), the country’s financial intelligence unit and arbiter of AML rules, to create and maintain a secure beneficial ownership registry of legal entities.

Even in expansive, expensive package of AML reforms, gaps remain

Even while the amendment addresses many of the longstanding gaps in the country’s counter-crime framework, it is still remiss in many glaring areas highlighted repeatedly by global evaluation bodies, like the Paris-based Financial Action Task Force (FATF).

The AMLA, in its current incarnation, has clear bruises from the political horse-trading behind the scenes and, while strong in some areas, including beneficial ownership and better public-private and technology partnerships, is weak in areas like gatekeepers, such as more forcefully adding attorneys, real estate agents and accountants to AML rules.

In tandem, the AMLA only touches tangentially on a perennially ill-addressed challenge: trade-based money laundering (TBML).

The amendment only mentions TBML in passing, in a call for more data analysis – not a surprise as congress would be hesitant to install any new barriers to global trade with a world still gripped by an economic downturn at the hands of the COVID-19 pandemic.

An imperfect, but ‘balanced’ bill on crime, compliance, transparency?

“The bill strikes the right balance between imposing minimal requirements on small businesses and providing critical information to law enforcement and financial institutions,” according to a coalition of groups, including the American Bankers Association (ABA), the financial services sector’s top lobbying body.

“In addition, if enacted prior to the COVID outbreak, the bill could have assisted financial institution efforts to serve new customers under the Small Business Administration’s Paycheck Protection Program,” itself a core component of the multi-trillion dollar CARES Act, which allow bank loans to be morphed into grants if small businesses could keep or rehire employees.

In a letter to Senate Armed Services Committee leaders this weekend, ABA joined six other financial trade organizations, from credit unions to consumer banking heavyweights, calling for the inclusion of the AMLA into the NDAA.

The amendment includes “critical provisions for law enforcement investigations into organized transnational criminal operations, human trafficking, terrorism financing and other unlawful activity,” according to the ABA.

“S.Amdt.2198 would strengthen our country’s anti-money laundering laws and curtail the misuse of anonymous shell companies for illicit purposes,” said trade and transparency watchdog Global Financial Integrity (GFI), in a letter of support for the AMLA to lawmakers. To read the full letter, click here.

Here is a snapshot of some of the changes being sought in the AMLA, from myself and Richards:

s.5101 – changes the foundation and purpose of the main money laundering laws (31 USC ss. 5311 and 5318), including by establishing national federal regulatory exam and supervision priorities informed by federal investigative agencies and detailed in national fincrime risk and threat assessments, potentially as often as every four years.

s. 5103 – codifies FinCEN Exchange, which shall facilitate a voluntary public-private information sharing partnership among law enforcement agencies, financial institutions, and FinCEN to counter all areas of financial crime by “promoting innovation and technical advances in reporting.”

s. 5205 – contemplates a SAR threshold change (it should go down, IMHO, says Richards).

s. 5206. Requires FinCEN to analyze bank SAR data and share threat pattern and trend information with banks and regulators, including to better sensitize bank AML transaction monitoring systems. FinCEN “shall provide financial institutions and the Federal functional regulators with typologies, including data that can be adapted in algorithms if appropriate, relating to emerging money laundering and terrorist financing threat patterns and trends.”

s. 5210. Pilot program on sharing SAR information within a financial group, including foreign branches. A long sought after provision bemoaned by large international banks something isn’t in place already.

s. 5213 – Tackles financial services de-risking due to AML concerns, calls on GAO to do a study. This is a big deal because entities not using formal banking channels, or leaving them, is a loss of valuable intelligence for domestic and international investigative agencies.

s. 5214 – Review of regulators and guidance. This would require Treasury to review AML rules and guidance and trim any that are redundant, outdated or don’t serve, or even hinder, the ability of the country to counter illicit crime and be in line with international standards and best practices.

Would require examiners to have dedicated AML training, similar to program prong for compliance officers

s. 5307. Obtaining foreign bank records from banks with U.S. correspondent accounts. A wish list item for federal law enforcement. This would open the door to subpoenas and law enforcement requests to banks not in the U.S., but with correspondent ties to domestic banks.

s. 5308: Additional damages for repeat AML program violators. Allows the U.S. Treasury to levy additional penalties against individuals and institutions engaging in serial, flagrant and egregious AML program failures. How much more? “If practicable to calculate, 3 times the profit gained or loss avoided by such person as a result of the violation; or ‘‘(2) 2 times the maximum penalty with respect to the violation.’’

s. 5403 – adds a new section to title 31 (section 5336) which is the new beneficial ownership reporting requirements. FinCEN would keep the data, corporates would capture it and re-send if ownership changes.

s. 5504 – Presses GAO to engage in a study on fighting illicit financial networks tied to human and drug trafficking, including how virtual currencies are used in these crimes.

s. 5505 – Pushes the U.S. Treasury to study and report on trade-based money laundering. 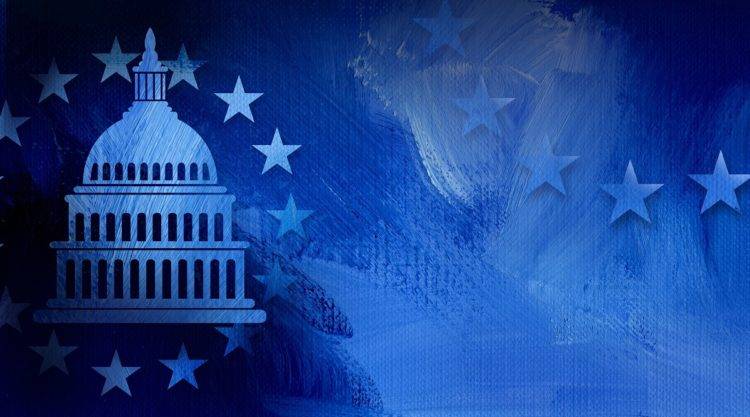 “If enacted, it would be the biggest revision to the U.S. AML/CFT regime since the USA PATRIOT Act of 2001.” 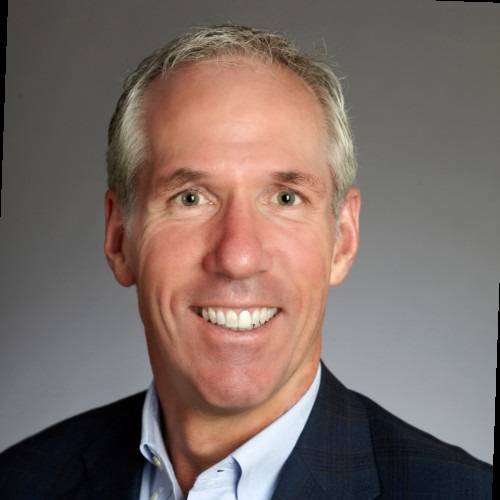