In R. Kelly conviction, a victory for victims, with tethers to tackling trafficking, lessons for fincrime compliance teams 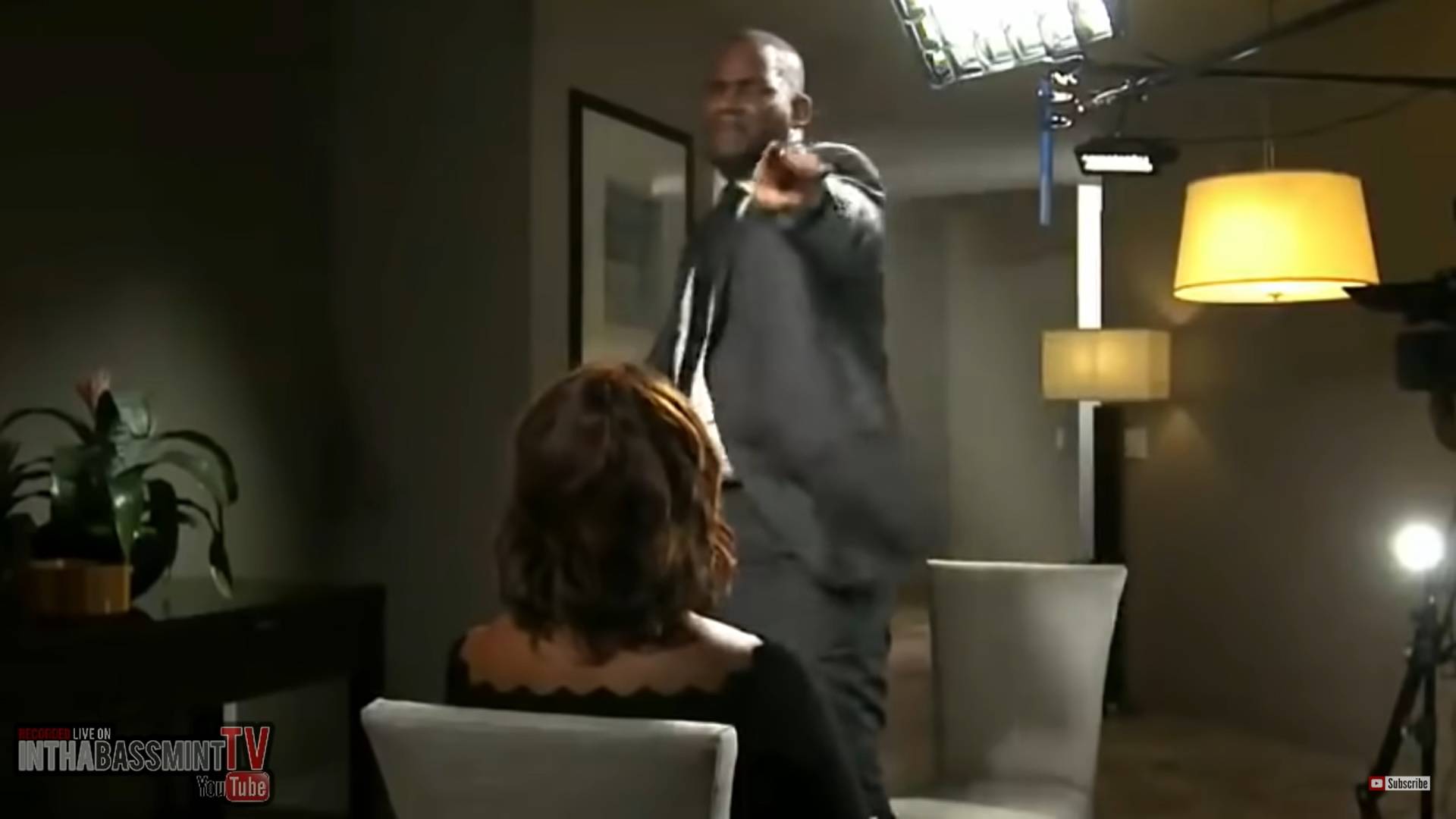 With a jury this week convicting the once high-flying rhythm and blues star R. Kelly on charges he exploited his celebrity status for decades to lure women – many of them underage girls – into his clutches to manipulate and sexually assault them, his fall from grace is complete.

But for the universe of financial crime and compliance professionals watching Kelly’s case – and other cases of celebrities taking advantage of their power and influence to dupe, deceive and denigrate for skin and sin – there is another reality more familiar to investigators and red flag reviewers.

His lies, payoffs and physical and mental abuse were just a cover to act as a human trafficker running a criminal enterprise.

Jurors in Brooklyn federal court deliberated for a little more than a day before voting to convict the 54-year-old Kelly on all of the nine counts he faced, after a 5-1/2 week trial, according to media reports.

The message in the aftermath of such a high-profile case for anti-money laundering (AML) compliance teams is also clear: don’t view famous singers, movie stars, sports personalities and the like through the lens of the Halo effect.

These individuals are just as fallible, weak and prone to more vice than virtue as all of us – with the contextual caveat that they have access to more money, frothing fans and can feel like the normal rules of human behavior and decorum and even laws don’t apply to them.

Kelly had been charged with one count of racketeering and eight counts of violating the Mann Act, which prohibits transporting people across state lines for prostitution.

The racketeering charge gave prosecutors leeway to offer evidence that might otherwise be too old to prosecute. Kelly faces a mandatory minimum of 10 years behind bars and could face up to life in prison at his May 4, 2022, sentencing, according to Reuters. 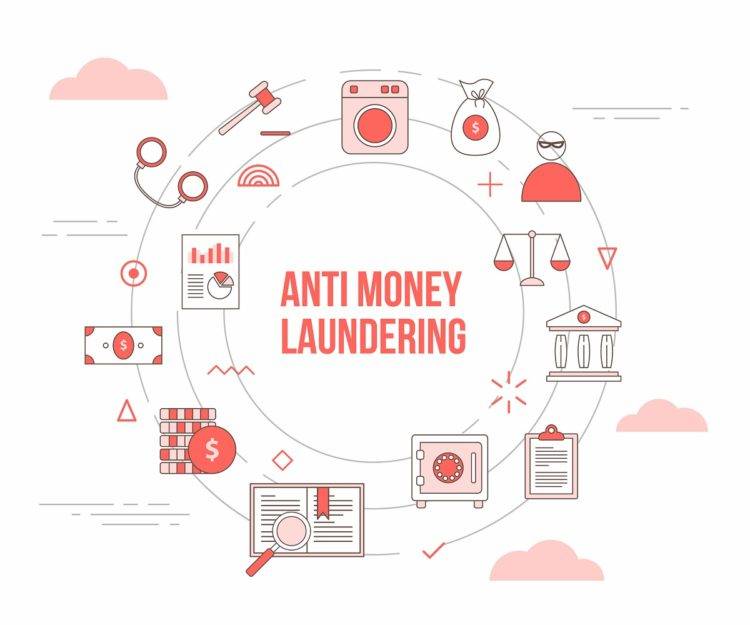 For AML officers, they must also be cognizant of the direct co-defendants in Kelly’s case and realize he worked through an army of handlers, fixers and law firms.

These individuals all had the same goal: working to either enable him to entice other girls and women for his machinations, clean up the mess when he leaves them hurting and broken and ply payoffs and hush money to victims trying to muster the courage to speak out.

Some questions AML teams could consider now that the jury has spoken. Does my bank currently or did my institution at any time:

That last point could be particularly relevant, according to an Aug. 2020 report in the Chicago Sun-Times.

In the revelatory piece, federal prosecutors at that time said a bank account controlled by Kelly received at least $1.2 million last year and was created shortly after the singer was charged with sex crimes in Cook County Circuit Court – even though at the time he claimed a “lack of funds.”

They also say Kelly opened the bank account in the name of a nominee, and, in recorded jail calls, the singer appears to have directed people to contact that person “to receive payments indirectly from Kelly,” according to the report.

Less mystery, more transparency – except when it comes to holding accounts.

From the perspective of law enforcement, and the classic financial services sector, virtual asset service providers (VASPs) have taken great strides toward transparency. Many of these operations have opened up their compliance programs and processes to scrutiny to their banking connections – in the desperate hope to keep accounts and prevent an unceremonious de-risking. Not surprisingly, speakers also concluded that if you’re a financial institution, even if you say you “don’t bank crypto,” you’re still an off-ramp and a gatekeeper for illicit crypto. Many crypto exchanges create fake names and don’t tell banks they are engaged in crypto transactions, putting more pressure on fincrime compliance teams.

Why should a bank care about R. Kelly connections? One word: Epstein

Banks have also realized in recent years how costly it can be to deal with a powerful figure tied to human trafficking allegations – and even a conviction – and deciding to keep their business.

In July 2020 the New York Department of Financial Services (DFS) hit Deutsche Bank with a $150 million penalty, stemming in part from the bank’s failures to monitor and report millions of dollars of transactions through accounts the bank held for convicted sex offender Jeffrey Epstein.

The enforcement action capped off the shocking and sordid Epstein case.

The disgraced financier with ties to the rich and powerful was charged with trafficking underage girls for sex in 2019, after nearly 15 years of previous criminal investigations, a conviction, and numerous civil cases tied to human trafficking.

Epstein’s high-profile arrest and ultimate demise drew lots of media attention, but less well-attended were the lessons for financial institutions from the twisted saga, including business line oversight of rich and risky clients, ongoing due diligence and negative news dives and some bright line boundaries on when rising red flags require an account closure.

The result was that the institution “processed hundreds of transactions totaling millions of dollars that, at the very least, should have prompted additional scrutiny in light of Mr. Epstein’s history.”

There was also a cascade of compliance missteps that kept Epstein in business, according to the NYDFS.

The already “substantive” compliance issues were “compounded by a series of procedural failures, mistakes, and sloppiness in how the Bank managed and oversaw the Epstein accounts.”

For example, “certain conditions imposed upon the Epstein accounts by a Bank reputational risk committee were not transmitted to the majority of the account relationship team and were misinterpreted by a compliance officer in a way that resulted in very little actual change in how the monitoring of the accounts occurred.”

The conditions “if followed, might have detected and prevented many subsequent suspicious transactions,” according to the enforcement action. “Throughout the relationship, very few problematic transactions were ever questioned, and even when they were, they were usually cleared without satisfactory explanation.” 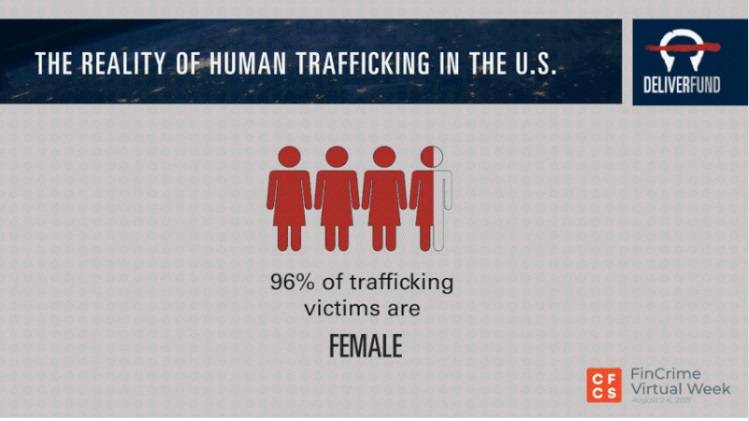 The legacy of R. Kelly: From R&B icon to trafficker running a criminal enterprise?

The singer, whose full name is Robert Sylvester Kelly, is one of the most prominent people tried on sex charges during the #MeToo movement, which amplified accusations that had dogged him since the early 2000s – accusations that in many cases came from underage African American girls.

Like Kelly, many of his accusers were Black, differentiating the case from recent #MeToo convictions of comedian Bill Cosby and movie producer Harvey Weinstein, Reuters noted. Cosby’s conviction was overturned in June.

On top of the conviction, Kelly still faces federal charges in Chicago on child pornography and obstruction, and state charges in Illinois and Minnesota.

Trial testimony from the 45 government witnesses portrayed, often in graphic detail, an unseemly side to Kelly’s 30-year music career, whose highlights include the 1996 Grammy-winning smash “I Believe I Can Fly,” according to Reuters.

Many accusations against Kelly were included in the January 2019 Lifetime documentary “Surviving R. Kelly.”

The accusations also mirror many of the hallmarks of classic trafficking networks.

Moving money to hide your control and connections to a larger network, moving and manipulating women to engage in sex acts, all of these are the historical red flags of organized criminal groups engaging in human trafficking, according to analysis by Polaris, formerly the Polaris Project.

The Washington, D.C.-based non-profit founded it 2002 has worked to combat and prevent sex and labor trafficking in North America.

The group has assisted thousands of victims and survivors through the U.S. National Human Trafficking Hotline, helped ensure countless traffickers were held accountable and built the largest known U.S. data set on actual trafficking experiences, according to its site.

At its heart, human trafficking is described as illegally transporting people from one country or area to another, in many cases for the purposes of forced labor or sexual exploitation, according to analyses and media reports.

According to the U.N.-backed International Labor Organization (ILO), globally it is estimated that some 40 million people have been affected by this industry, both willingly in terms of trying to make a better life for themselves, and in other instances, taken advantage of by illicit organized criminal gangs.

The profits of this crime are also massive.

In a 2014 ILO report, human trafficking earns a profit of nearly $150 billion annually, with more than half of the profits coming from sexual exploitation.

Based on what Polaris learned through testimonies during Kelly’s six-week trial, here are a few other ways in which his tactics mirror what is commonly seen in more typical situations of human trafficking:

Rather than a star maker, Kelly was a dream breaker.

“Human traffickers profit from preying on people’s vulnerabilities – then offering them something they want or need,” Polaris stated. “What R&B singer R. Kelly had to offer was more glamorous on the outside, and certainly less common, but the elements of trafficking were the same. He preyed on young people’s dreams – their naivety in some cases, their material need in others.”

While Kelly promised to meet the needs of others, his only desire were his own desires.

“For some, he offered the promise of a career in the music industry; wish fulfillment at a level few young people can resist,” according to the group. “For others, he dangled the idea of a relationship or family. What he got in exchange was sex, obedience, subservience, whatever he wanted, from people he defrauded, manipulated and traumatized.”