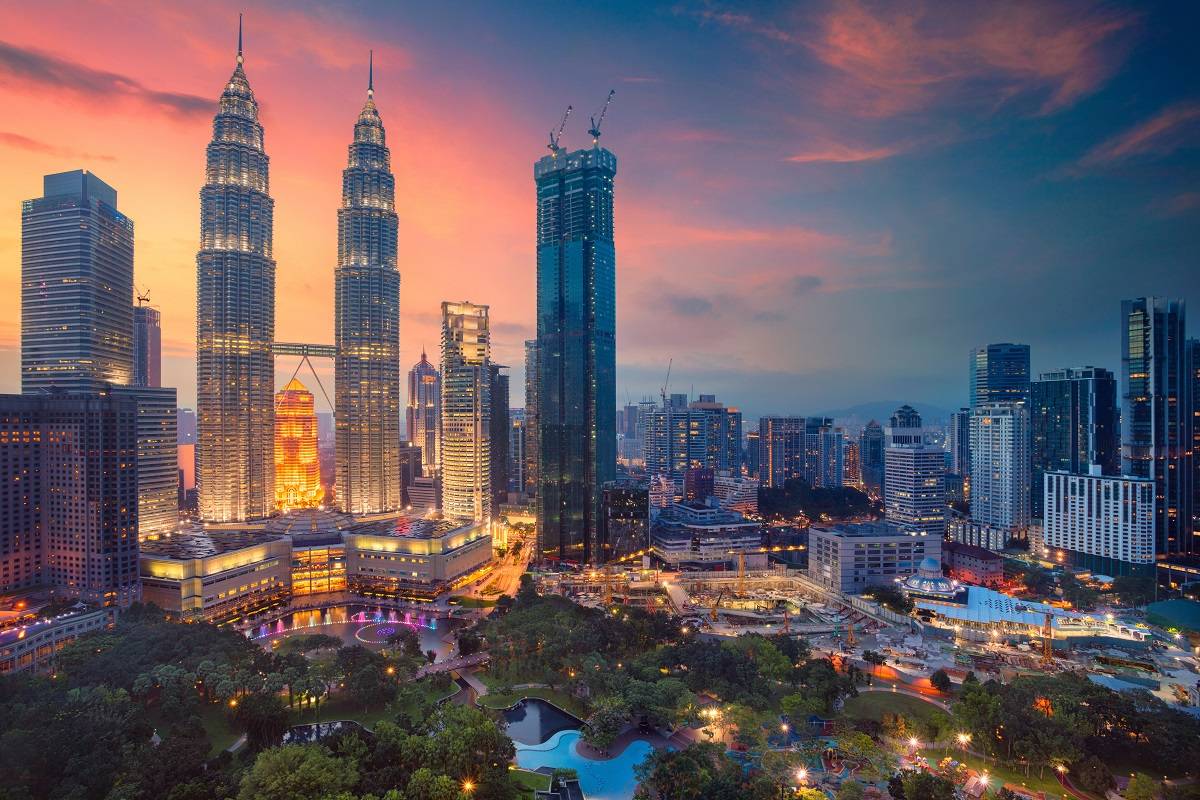 The U.S. Department of Justice has reached a settlement to recoup $700 million related to civil forfeiture cases against assets acquired by Low Taek Jho, aka Jho Low, and his family, using funds allegedly stolen through a massive corruption scandal involving the stealing of billions of dollars from the embattled 1Malaysia Development Berhad (1MDB), a case many have called the world’s biggest fraud.

In the case, 1MDB, which was created to be Malaysia’s investment development fund, was later infiltrated by a cabal of individuals who stole $4.5 billion and laundered the funds through financial institutions in several jurisdictions, including the United States, Switzerland, Singapore and Luxembourg.

These assets in the settlement, located in the United States, the United Kingdom and Switzerland, are estimated to be worth more than $700 million, according to DOJ.

With the current settlement, together prior related forfeiture cases, the United States will have recovered or assisted in the recovery of more than $1 billion in assets associated with the 1MDB international money laundering and bribery scheme.

That figure, while still less than a quarter of the overall funds stolen, represents the largest recovery to date under the Department’s Kleptocracy Asset Recovery Initiative and the largest civil forfeiture ever concluded by the Justice Department.

According to the civil forfeiture complaints, from 2009 through 2015, more than $4.5 billion in funds belonging to 1MDB were allegedly pilfered by high-level officials of 1MDB and their associates, including Low, through a criminal conspiracy involving international money laundering and bribery.

The assets subject to the settlement agreement include high-end real estate in Beverly Hills, New York and London; a luxury boutique hotel in Beverly Hills; and tens of millions of dollars in business investments that Low allegedly made with funds traceable to misappropriated 1MDB monies.

Prosecutors say he paid bribes to various Malaysian and Emirati officials, and in the District of Columbia, in the form illicit campaign contributions during the United States presidential election in 2012, (via DOJ).

Monroe’s Musings: The sprawling corruption scheme has jolted many of the jurisdictions where money flowed to scrutinize the banks and individuals involved, with some banks and officials penalized or sanctioned.

The tendrils of corruption snaked as high as Najib Razak, the country’s prime minister, who created the 1MDB fund to supposedly spur development in Malaysia and entice foreign investors.

But with the scandal spiraling ever higher, Razak lost a campaign to be re-elected with U.S. investigators stating more than $700 million looted from the fund made its way to Razak’s own bank accounts.

The European Union Wednesday said that it is in dialogue with a number of countries around the world to boost cooperation in curbing terrorism financing, a critical move running in parallel with larger bloc initiatives to strengthen anti-money laundering compliance oversight and enforcement.

“We have a dialogue with a range of countries which is designed to support and to reinforce the international work that is done through the FATF(Financial Action Task Force) and other international structures to help to crackdown on terrorist financing,” Julian King, EU Commissioner for Security Union, told a news conference.

He said the European Commission has taken a number of steps, some on anti-money laundering (AML), and some of on terrorist financing, noting that the two are different sets of issues.

The EU has faced harsh criticism for its mechanisms to review member state banks due to the historic Danske Bank money laundering scandal, which saw an estimated $230 billion move through Russia into the Estonian branch of Danske and on to other Nordic and Baltic institutions.

King called for more cooperation by establishing a terrorist finance tracking system for the euro area.

He said that the possible repatriation of foreign fighters who are EU citizens from Iraq and Syria is a responsibility of EU member states. The bloc also wants to share more data on foreign and domestic terrorists with New Zealand, which has suffered key attacks in its borders.

He noted that 1,100 people in Europe are in prison for terrorist offences, and estimated that twice that number who were jailed for other offences have become radicalized while in prisons, (via MenaFN).

Monroe’s Musings: The EU has been embarrassed by the Danske scandal, even as it has attempted to raise its latest iteration of the bloc’s AML laws to global standards. What the EU is learning, harshly, is that strong laws on the books are not the same as actual implantation.

And strong implementation by banks, and other institutions subject to AML rules, at the member state level, will likely only occur with examiners taking a harsher tone and being more willing to issue public, formal enforcement orders and penalties for extensive and prolonged lax compliance programs.

Cyrus Ahsani, 51, and Saman Ahsani, 46, have each pleaded guilty in the United States to one count of breaching America’s far-reaching Foreign Corrupt Practices Act three years after The Age and The Sydney Morning Herald broke the Unaoil bribery story in a major investigation. The pair will appear before a Texas court for sentencing next year.

Unaoil and the Ahsani family tried to block the publication of The Age and Herald’s 2016 story through a concerted public relations campaign denying wrongdoing, and through threatened legal action against the masthead and its journalists.

The Australian newspaper published a series of reports organized by the Ahsani’s public relations and legal representatives to try to discredit the story, including one article that falsely suggested the Ahsanis would sue The Age and the Herald for “injurious falsehood” with damages of “hundreds of millions of dollars” at stake.

In a statement released overnight, the US Department of Justice said Unaoil’s bribery scheme ran between 1999 and 2016. It involved massive corrupt payments to government officials in Algeria, Angola, Azerbaijan, the Democratic Republic of Congo, Iran, Iraq, Kazakhstan, Libya and Syria.

The US DOJ said the Ahsani brothers laundered the proceeds of their bribery scheme in an effort to conceal their activities. It also said Unaoil destroyed evidence in an effort to obstruct investigations in the US and elsewhere.

Unaoil was used as a middle-man by some of the world’s best-known companies such as Rolls Royce, Hyundai, Samsung and Halliburton to win lucrative oil and gas contracts.

One of the architects of Leighton’s success in Iraq, former Unaoil manager, Basil Al Jarah pleaded guilty earlier this year to bribery charges in a separate action brought by the Britain’s Serious Fraud Office.

The US DOJ also announced that former Unaoil business development director, Steven Hunter, had pleaded guilty to one count of violating the Foreign Corrupt Practices Act.

The revelations of bribery came after an analysis by The Age and Herald in 2016 of hundreds of thousands of leaked Unaoil emails — many written in code — which showed how Unaoil had acted as a global bagman for dozens of major companies.

The stories prompted investigations by Britain’s Serious Fraud Office, the FBI, Swiss, French and Italian authorities, but was also subject to attacks via the owners of Unaoil, the wealthy Ahsani family of Monaco, (via the Sydney Morning Herald).

Monroe’s Musings: There have been several media groups, including the International Consortium of Investigative Journalists (ICIJ), that have taken on massive international corruption and money laundering scandals.

These historic pieces, like the Panama and Paradise Papers, have exposed the ways in which the corrupt, elite and criminal move and hide assets – some illicit. I salute these Aussie news hounds for not backing down, even when threatened with lawsuits and a blistering PR campaign to discredit their reporting.

With these latest government actions, the reporters at these news operations should feel validated, emboldened and ready to take on the next counter-crime story.

Gambling operators in Sweden will be required to report suspicious financial transactions through a new anti-money laundering (AML) system which goes live in January, a move by the country to strengthen financial crime compliance oversight in sectors at greater risk for criminal infiltration.

The goAML system is a fully integrated software solution developed specifically for Financial Intelligence Units (FIU’s) by the United Nations Office on Drugs and Crime (UNODC), as part of its strategic responses to financial crime, including money-laundering and terrorist financing.

Sweden’s finance police say they expect to approve correctly submitted registration applications within 48 hours of submission and have advised operators to register at the earliest opportunity.

One of Sweden’s largest banks, Swedbank, has been drawn into the historic Danske Bank money laundering scandal, where some $230 billion in suspect Russian funds flowed through the now-shuttered Estonian branch of Danske Bank – with an estimated billions of dollars also moving through Swedbank.

In response, Sweden has stated it will strengthen AML laws for banks and other sectors along with increasing regulatory oversight. The country is also working with a bevy of foreign law enforcement groups in the United States, European Union and other regions to chart the extent of illicit funds flows through the country’s banking system, (via Gaming Intelligence).

Monroe’s Musings: Sweden is working hard to recover and save face from the Danske scandal, and upgrading how a sector reports on potential financial crime suspicions is a powerful way to make a big difference quickly.

The U.S. similarly worked to update and upgrade the financial crime and compliance reporting database of its financial intelligence unit several years ago, along with moving to all digital filing. The moves have allowed banks and other entities to file more quickly and completely, getting richer and timelier intelligence to law enforcement.