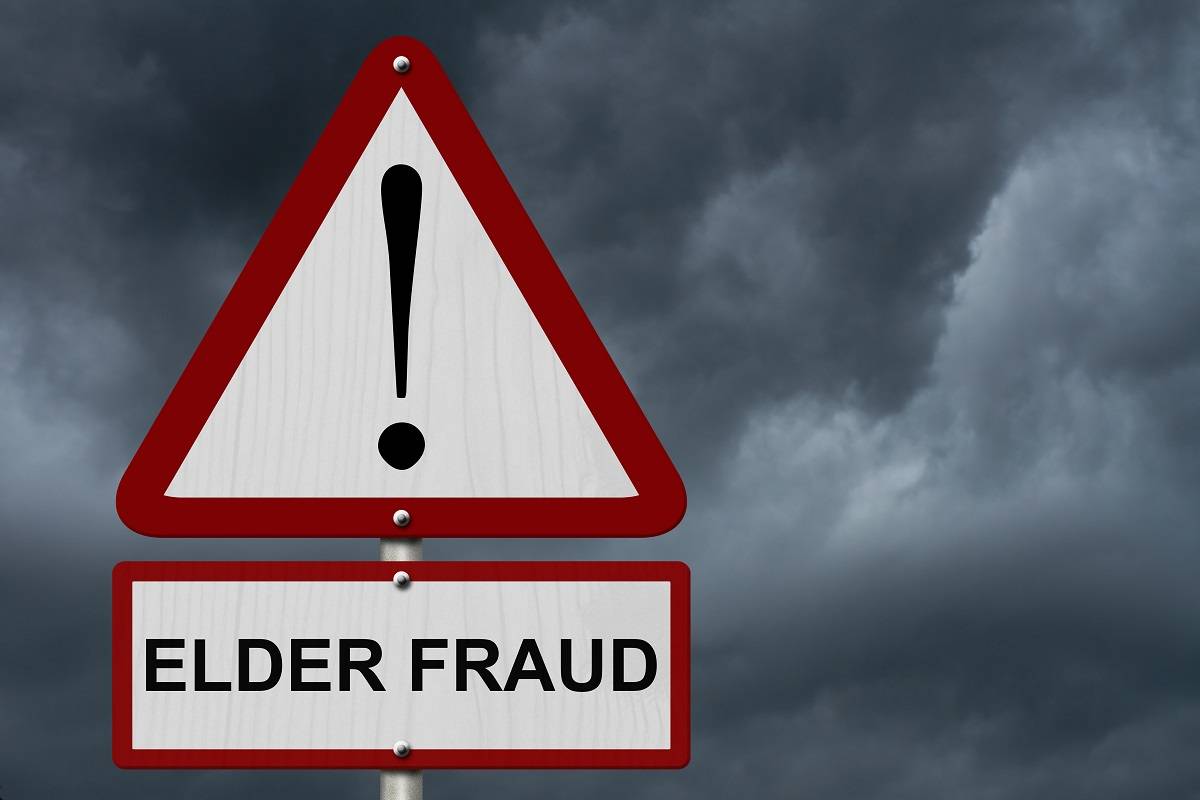 The issue of how to protect the elderly and spot fraudsters attempting to take advantage of the elderly is also very important to the Association of Certified Financial Crime Specialists (ACFCS), a challenge that has only been magnified during the COVID-19 pandemic.

According to WHO estimates, one in six people aged over 60 suffers from abuse, including financial abuse that can leave transactional footprints for anti-money laundering (AML) compliance officers and counter-fraud teams.

That means more than 140 million people globally – and that might be a conservative estimate as elder abuse is one of the most hidden and underreported violations.

Moreover, the challenges of caring for and protecting a growing elder population getting older from fraudsters, scammers and even desperate relatives and caregivers have soared as the coronavirus has spread around rapidly and relentlessly since emerging in Wuhan, China in December.

In roughly half a year, the COVID-19 pandemic has jumped to nearly eight million cases and more than 435,000 deaths, according to Worldometer.

The U.S. currently has more cases than any other country in the world more than 2.1 million cases and nearly 118,000 deaths.

COVID-19 has “put a spotlight on older persons including distressing reports of instances of abuse and neglect of older persons in long term care institutions,” according to the U.N.

Elder individuals have been hit on multiple fronts during the pandemic, “both in the rise of cases of abuse and in the disruption of the services and protective measures,” according to U.N. reports.

The UN Secretary-General in his Policy Brief: The Impact of Covid-19 on Older Persons warned that “measures to restrict movement may trigger greater incidence of violence against older persons and all types of abuse,” including physical, emotional and financial.

The pandemic has also highlighted that more could, and should, be done to protect the elderly. 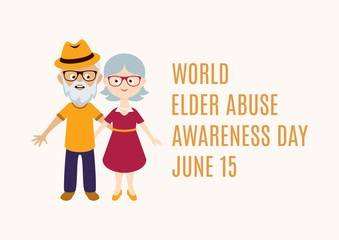 In many countries there is a “lack of adequate legislation at national level to protect the rights of older persons and the absence of a dedicated internationally agreed legal framework,” such as domestic and international investigative task forces.

These persisting vulnerabilities “have contributed to the inadequate responses to the COVID-19 crisis and that these gaps must be filled,” when it comes to elders.

The U.N. is calling on member countries to “develop universally applicable normative standards for the protection of older persons against violence, neglect and abuse, which would contribute to providing a comprehensive response and would also provide guidance for the development of a reporting, accountability and remedy mechanism for such violations suffered by older persons.”

The moves to shore up investigative gaps are vital as many criminals and fraudsters – now emboldened by the fear and uncertainty of a pandemic and plying schemes tied to desperately needed protective equipment and stimulus checks – are more aggressively attempting to scam people out of whatever dwindling savings are left.

Even before the coronavirus, the financial tally lost of elder financial fraud around the globe is staggering.

Seniors in the U.S. are scammed out of anywhere from $3 billion to $37 billion a year, according to studies cited in media reports.

Between 2013 and 2017, those older than 70 lost an average of $41,800 to elder financial exploitation, according to an analysis by the U.S. Consumer Financial Protection Bureau.

The losses are even higher when the scammer is a friend or relative, the person supposed to be a trusted member of a person’s support system.

The scope, complexity and magnitude of the elder financial fraud was highlighted by the U.S. Department of Justice in 2018, where federal investigators announced the largest crackdown on elder fraud in U.S. history – involving more than half a billion dollars.

Prosecutors filed criminal charges against more than 250 alleged fraudsters in mailing, telemarketing schemes, with losses stemming from these plots are estimated at more than $500 million.

And still, elder abuse is “vastly under-reported; only 1 in 44 cases of financial abuse ever comes to light,” according to the National Adult Protective Services Association, or NAPSA, and media reports.

As age of customer rises, so do risks of financial fraud by caretakers

These issues are well known ACFCS.

The association has extensively covered the dynamics at play in detailed stories, webinars and during live events, a challenge as standard AML compliance risk assessments may miss the more nuanced red flags at play in this crime because a critical delineating factor is not the size of the transactions but the age of the customer.

As well, classic risk patterns invert when it comes to elder customers.

For instance, in most cases, direct relatives and caregivers are low-risk entities tied to certain accounts, where compliance analysts typically look for risky entities outside the bank trying to break in – but that changes when the elderly are involved.

Ironically, for many cases of elder abuse, it is a close family member attempting to take advantage of an elder parent or relative that is incapable of saying no to certain transactions when individuals attempt to drain their savings, investments or run up credit card debt in their name.

According to the Census Bureau’s “middle series” projections, the elderly population will more than double between now and the year 2050, to 80 million. By that year, as many as 1 in 5 Americans could be elderly.

This puts more pressure on bank compliance teams to look for the signs of elder abuse, including:

To help compliance teams and investigators better spot transactions tied to crimes against the elderly, ACFCS has culled some guidance and tips from our archives.

While usually available only to members, we’ve unlocked this content for public access to help spread awareness of this critical topic, and the role all financial crime professionals can play in combating elder financial exploitation.

The U.S. Department of Justice and other federal investigative agencies are holding a webinar Monday to help individuals of all ages to learn about common scams that target the elderly. 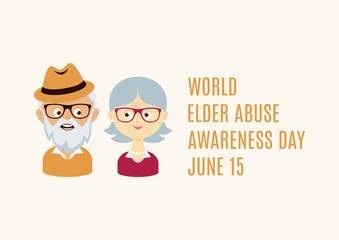 Virtually all countries are expected to see substantial growth in the number of older persons between 2015 and 2030, and that growth will be faster in developing regions – a rise that will correspondent with more cases of criminals targeting this population.

Because the numbers of older persons are growing, the amount of elder abuse can be expected to grow with it.

Elder abuse is a global social issue which affects the health and human rights of millions of older persons around the world, and an issue which deserves the attention of the international community.

The U.S. is not taking the rise in elder financial fraud and abuse lying down.

These include telemarketing, mass-mailing, and tech-support fraud schemes.

The fraud schemes include classic romance scams, Nigerian Prince schemes and foreign lottery and inheritance tales that fleece desperate seniors for, in some cases, hundreds of thousands and even millions of dollars.

The Strike Force will also collaborate with the Federal Trade Commission and industry partners, who have pledged to engage with the Department to help end the scourge of elder fraud. It will further benefit from the help of the Elder Justice Coordinators now assigned in every U.S. Attorney’s Office.

“Fraud against the elderly is on the rise,” said Attorney General William Barr. “One of the most significant and pernicious causes for this increase is foreign-based fraud schemes. The Department of Justice is committed to ending the victimization of elders across the country,” (via DOJ).

The global initiative to better identify criminals attempting to take advantage of the elderly is an absolutely vital and worthy effort. The problem, sadly, is only going to get worse as seniors in the U.S., and around the world, get older.

But that’s why ACFCS has created a bevy of resources to help financial crime compliance professionals better understand the red flags, both transactional and in-person ticks, that are indicative of financial abuse of the elderly.

We applaud banks, local, state and federal investigative agencies and international watchdog groups in taking up the fight. After all, we are protecting our parents, relatives and mentors, the individuals who protected us when we couldn’t yet protect ourselves. 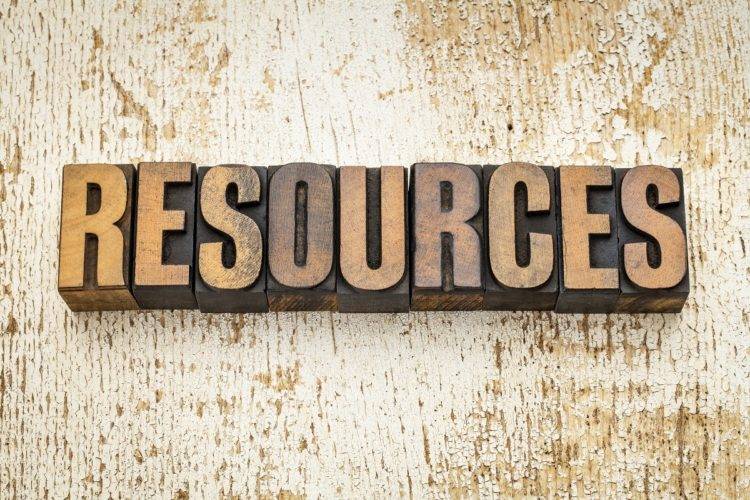 Here are some additional resources from the U.S. government and private sector groups to more efficiently and effectively spot elder financial abuse:

How to Spot and Report Elder Abuse and Neglect: https://www.texasattorneygeneral.gov/consumer-protection/seniors-and-elderly/how-spot-and-report-elder-abuse-and-neglect