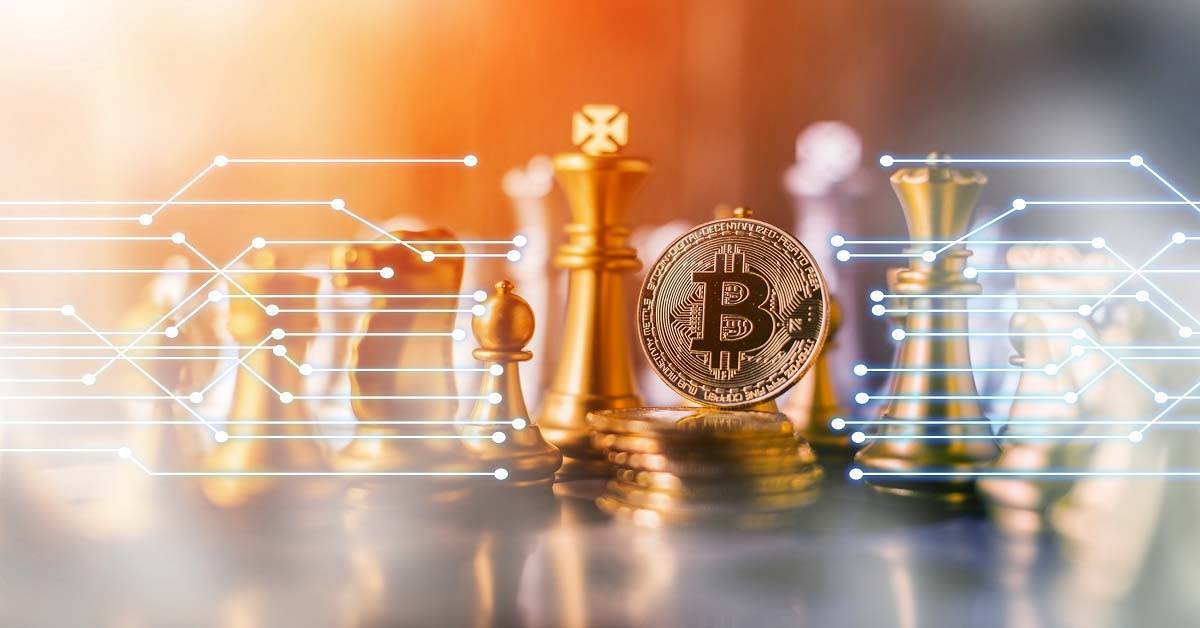 HSBC Holdings Plc’s Swiss private banking unit has agreed to pay about 294 million euros ($329 million) – a record – to settle a Belgian criminal probe into allegations it helped wealthy clients dodge hundreds of millions of euros in taxes, the latest in a series of settlements that bank has paid in recent years related to financial crime and compliance failings.

The preliminary agreement in Belgium’s largest criminal settlement still needs to be approved by a judge at a hearing that should take place in September, Willemien Baert, a spokeswoman at the Brussels prosecutors’ office, said by phone. HSBC declined to comment on the proposed settlement.

Authorities in Belgium and France began scrutinizing HSBC’s Swiss private bank after Herve Falciani, a former information technology worker at the firm, stole client account details from the Geneva office in 2008 and shared them with investigators. The French case culminated with HSBC agreeing to settle for 300 million euros.

In Belgium, the Swiss private banking unit was charged in 2014 over money-laundering allegations by investigative judge Michel Claise. Brussels prosecutors said at the time they suspected HSBC of selling offshore companies in Panama and the Virgin Islands to certain clients, aiming to avoid taxes.

Prosecutors said in a statement that they opted for a settlement to gain time after noting HSBC’s efforts to improve compliance and stop offering certain banking services as well as the lender’s willingness to pay 400,000 euros upfront, (via Bloomberg).

HSBC has made great strides in bolstering compliance since it was hauled before Congress a few years ago, eventually paying a then-record $1.9 billion penalty for being the bank of choice for narco-trafficking groups.

The bank has hired some of the biggest names in compliance and government – including former top minds at the U.S. Treasury’s Financial Crimes Enforcement Network (FinCEN) and others – and has on the whole gone from compliance pariah to law enforcement partner.

But it will still face questions on by regulators the world over, as many jurisdictions – including in Europe, the Nordic and Baltic regions – take up the mantle of aggressive financial crime investigations that have had their previously breakneck momentum in the U.S. slow.

Profits at Australia’s biggest bank, the Commonwealth, have slumped by 8.1% after the bank laid out an extra $1 billion to compensate customers it has ripped off and continue remediation of prior financial crime compliance issues.

The bank, which was at the center of a series of financial scandals that helped prompt last year’s Hayne royal commission, has also pledged to shut one of its most troubled divisions, advice group Financial Wisdom, next year.

The bank’s $8.57 billion profit, which was also driven by falls in income and higher costs across its different businesses, was below market expectations, sending its share price down about 1% on Wednesday.

CBA’s history of misconduct hasresulted in a series of investigations and lawsuits that have increased its regulatory and compliance costs – including a program to improve its governance and culture ordered by the prudential regulator, which the bank has been warned is “at serious risk of not delivering” if the bank does not resource it properly.

CBA is also continuing to deal with the consequences of breaching anti-money laundering (AML) and counter-terrorism finance (CTF) laws.

In 2017, financial intelligence agency the Australian Transaction Reports and Analysis Centre took CBA to court alleging more 53,000 breaches of AML-CTF law, some of which related to criminal syndicates or people with links to terrorism.

Last year, the CBA settled with Austrac by paying $700 million – $145 million of which it said it has since clawed back through an insurance claim.

However, an Australian Securities and Investments Commission investigation into whether the company misled the stock exchange over the scandal continues, (via the Guardian).

Many banks in Australia are feeling the heat of a new focus on compliance in the region, as regulators follow the lead of the Paris-based Financial Action Task Force (FATF), which sets global counter-crime compliance standards, and has moved from centering its reviews on technical compliance to wanted to see concrete measures of effectiveness.

What does that look like for countries? It means laws on the books are nothing without federal investigators tackling large, complex international investigations and getting convictions, seizures and crushing expansive criminal networks.

For regulators, it means more aggressively and deeply reviewing banks for AML compliance and being more willing to levy more public actions and penalties.

This will be a jarring change for some countries as both investigators and regulators work in concert to identify large money laundering hubs in and near the region – and review related AML compliance programs to find chinks in the armor.

A company devoted to countering criminals using crypto currencies has issued what it is calling the first ever comprehensive review of how illicit organized and terror groups launder funds and finance plots through virtual value portals.

The new report by Elliptic describes exactly how cryptocurrencies are being used to launder the proceeds of crime and finance terrorism, and details what financial crime compliance and investigative professionals should look out for to detect and prevent these illicit activities.

This report is for exclusive distribution among Elliptic’s network of compliance professionals and is meant to serve a practical purpose: to assist cryptocurrency businesses in identifying specific money laundering and terrorist financing risks they may face.

In tandem, the typologies include case studies of real-life examples, red flags that indicate suspicious activity and offers suggestions for detecting and mitigating risk and achieving compliance with broader counter-financial crime regulations, such as anti-money laundering and countering the financing of terrorism, (via Elliptic).

The timing of this report could not be better.

As the United States works with European and other global investigative agencies to identify the shadowy figures behind darknet marketplaces and related crypto exchanges enabling illicit commerce, it’s vital that these tactics, techniques and protocols be shared with financial crime compliance professionals more broadly.

Reports like this that parse out how organized criminal groups are attempting to launder funds through crypto currencies – and uncover the even more challenging and diffuse patterns tied to terror cells – a treasure trove of vital data points that can be woven into financial institution transaction monitoring systems and open the eyes of AML analysts to complex connections they would have otherwise missed.

Foreign banks that have US correspondent accounts and are involved in schemes to obtain American currency can be legally obligated to turn over transactional data to federal investigators, even when the payments are processed abroad, according to an appellate court opinion published Tuesday.

The ruling, which reviews recent US Justice Department efforts to compel three Chinese banks to turn over payment records linked to North Korea, concludes that a foreign financial institution can be subject to Patriot Act subpoenas “related to” its access to US correspondent accounts, including in instances when the payments in question did not pass through US-based accounts, the court said.

The decision comes as part of a broader US investigation into the alleged role of the Chinese banks in North Korea’s efforts to finance its nuclear weapons program. Prosecutors have alleged in court documents that a North Korean bank used a Chinese front company, Mingzheng International Trading, to export commodities in exchange for revenue based in US dollars.

The US dollars obtained by the North Korean bank went toward developing the nation’s nuclear weapons program, according to prosecutors, who haven’t accused the Chinese banks of wrongdoing.

US officials previously issued grand jury subpoenas to Bank of Communications and China Merchants Bank and a Patriot Act subpoena to Shanghai Pudong Development Bank, according to the Financial Times, which reported on the appellate court’s opinion on Tuesday.

The three banks have claimed that the subpoenas are not valid because they would require the lenders to violate Chinese law.

American officials, who are seeking banking records from 2012 to 2017, could impose billions of dollars in fines against the financial institutions if they are deemed to have willfully helped North Korea skirt US sanctions, a former CIA and Treasury Department official told Bloomberg, (via KYC 360).

This case has gotten a lot of ink from compliance and mainstreams publications as it ups the tension even more between the U.S. and China – two countries at loggerheads over trade and continuing to engage in international sabering rattling.

In recent similar cases where banks have attempted to stymie U.S. federal investigators and regulators – particularly the Office of Foreign Assets Control (OFAC) – it has not ended well for the foreign institutions.

In short, the banks have ended up paying massive penalties for AML and sanctions failures, and where subjected to added punitive measures for either being coy with examiners or actively obfuscating them.

But this is also a case of a classic rock and a hard place scenario. If the banks do give OFAC what it wants, it could incur domestic anger in China – something that could cause the institution more consternation and penalties at home.

Look for more fireworks in the case and, potentially, the U.S. bringing its nuclear fincrime compliance option to bear: the designation of a bank as a “primary money laundering concern,” which would effectively make it radioactive to U.S. banks – and many banks around the world by proxy.