After overwhelmingly hurdling Congress, ‘biggest AML reform in a generation,’ breaker of beneficial ownership chains now in hands of President 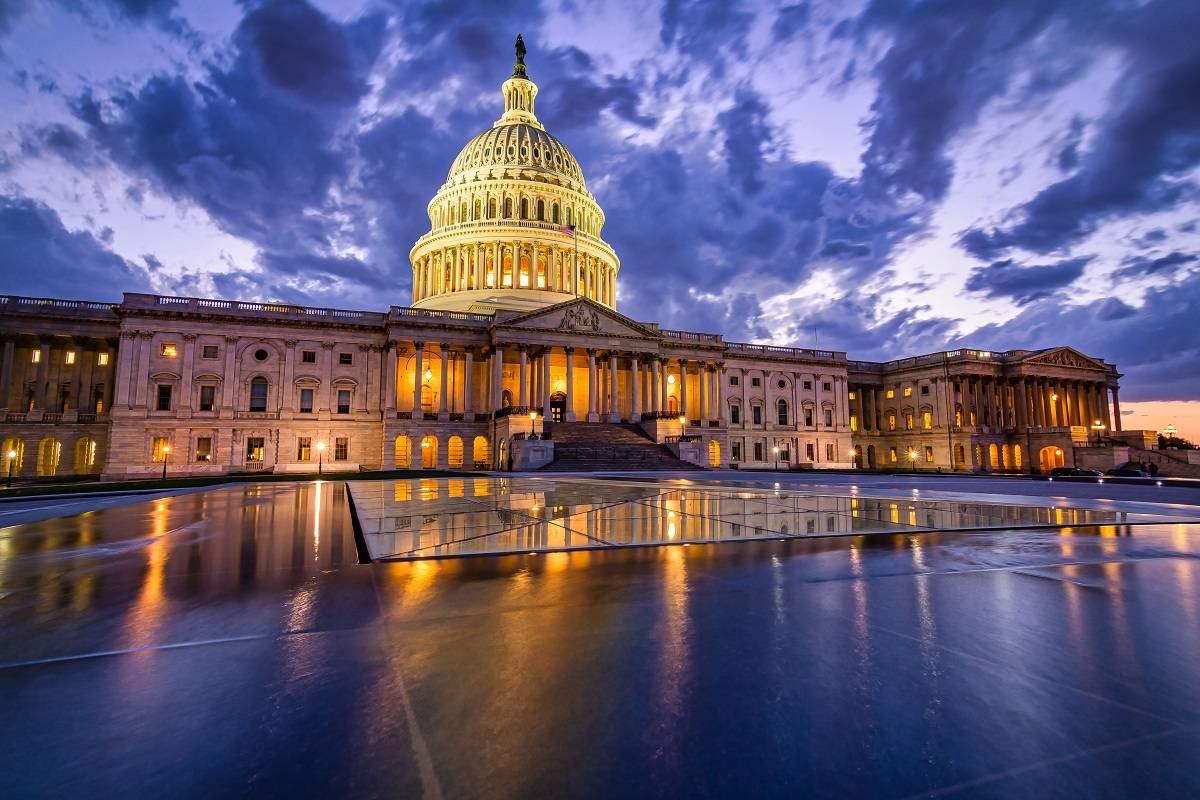 The biggest financial crime and compliance update since the 2001 U.S.A. Patriot Act is almost at the finish line.

What is being called the “biggest anti-money laundering reform in a generation” has passed Congress and is on its way to the president, an expansive package of updates to break open beneficial ownership bastions, bolster public-private information sharing, usher in a new era of innovation and focus on effectiveness – with the threat of higher penalties for violations, and serial scofflaws.

Bi-partisan lawmakers, including the Senate Banking Committee’s top Republican and top Democrat, had pushed for the passage of S. Amendment 2198, the Anti-Money Laundering Act (AMLA) of 2020, to be added to the must-pass National Defense Authorization Act (NDAA) of 2021.

The NDAA, vital to funding the nation’s defense at $740 billion, passed the Senate Friday 84-13, more than the two-thirds majority needed to override a veto – something that President Trump has threatened tied to pieces not related to AML, but vitriol linked to perceived protections for social media giants and changes to military bases named after confederate leaders.

Earlier in the week, the NDAA overwhelmingly passed the House 335 to 78, with acclaim, relief and celebration over what many consider the centerpiece of the AMLA: a mortal blow to impenetrable corporate opacity.

When signed into law, the updates would be the “biggest AML reform in a generation,” said Clark Gascoigne, Senior Policy Advisor at The FACT Coalition, a group that champions corporate transparency that has lobbied for these and other changes with influential banking, law enforcement, regulatory and non-partisan watchdog groups.

But a deeper inspection among the jubilance and backslapping tied to corporate opacity and anonymity reveals the amendment has clear bruises from the political horse trading going on behind the scenes.

Lawmakers were able to capture concessions – based on fears that beneficial ownership information is personally-identifiable information (PII) – that make it difficult for banks to get access to beneficial ownership details, without first getting the approval of the customer, and also adds strict oversight and accountability tethers for law enforcement.

The tacit meaning: while a powerful victory against a magnet for criminals of all stripes – shell companies have been linked to organized criminal money laundering and drug trafficking syndicates, massive frauds, grand corruption, tax evasion and terror finance – there is still more to be done.

Without requiring states to capture this beneficial ownership information at company inception, banks and FinCEN could be hard-pressed to verify the details given to them under the new obligations, resulting in the bureau’s shiny new database being filled with gibberish and inaccurate information from the riskiest groups still bent on avoiding detection.

From ownership to information sharing to whistleblowers, a new era takes shape

Still, there is much for fincrime compliance professionals, regulators and law enforcement to celebrate.

The AMLA, a mammoth tome at more than 200 pages, has provisions informed by other pieces of legislation to break open beneficial ownership bastions, including HR2513, the Corporate Transparency Act, which passed the House, and S2563, the ILLICIT Cash Act, which stagnated in the Senate, and much more.

Here is a snapshot and some takeaways analyzing the latest conference report and updates from original drafts of the AMLA, courtesy of Jim Richards, the former head of AML at Wells Fargo.

To read his full 20-page analysis, including a one-page cheat sheet and great resource for compliance professionals, click here.

The purpose of the AMLA is

Conference Agreement – “One overarching improvement now included in the conference agreement is to broaden the mission of the BSA to specifically safeguard national security as well as the more traditional investigatory pursuits of law enforcement,” Richards stated in his analysis of the latest updates.

Currently, there is “no clear statutory mandate for BSA stakeholders – law enforcement, financial regulators, and financial institutions – to provide routine, standardized feedback to one another for the purpose of improving the effectiveness of BSA AML programs.”

This bill changes that, Richards noted.

There is a “clear mandate for innovation,” something that has been gently nudged by federal regulators since a December 2018 invitation to innovation that cajoled compliance teams to tinker with technology to improve results and shift from auditable inputs and processes to richer, deeper and more valuable outcomes in the form of intelligence reports.

There are two new BSAAG Subcommittees.

This Bill requires the consideration of the benefits and burdens of reporting, whether “highly useful” to law enforcement and national security efforts.

The AML updates to the NDAA are not happening in isolation.

They are part of a multipronged approach by the U.S. government to strengthen fincrime compliance countermeasures, shift the needle toward “effectiveness” and create richer and more relevant intelligence to law enforcement.

In all, the U.S. Treasury is engaging in a broad overhaul of the country’s financial crime compliance defenses, shifting more toward creating “effective and reasonably designed” programs that produce filings with a “high degree of usefulness” to law enforcement – even though the term has no “consistent definition” in current rules, according to a September notice.

FinCEN is also querying stakeholders to determine if they could better manage risks, resources and threat actors if the bureau created national AML priorities – a similar refrain as in the NDAA – a herculean effort informed by other national illicit finance, proliferation and terror risk assessments.

Part and parcel of the proposal would also be to more concretely graft a longstanding compliance best practice and federal regulatory exam flashpoint into formal rules: the AML risk assessment, according to the advanced notice of proposed rulemaking (ANPR).

The updates are informed by overarching efforts by global watchdog and private sector groups to prioritize “effectiveness” over technical compliance, at both the country, law enforcement and financial institutions levels, including the Paris-based Financial Action Task Force (FATF), the Wolfsberg Group, the Egmont Group of Financial Intelligence Units (FIUs) and others.

In all, the updates cover “developing and focusing on AML priorities, reallocation of compliance resources, modernizing monitoring and reporting, information sharing, regulatory innovations, and for the first time ever, issuing national AML priorities and defining an effective AML program,” said a top fincrime compliance professional at a large U.S. bank at the time.

“If these become regulations, they would make our AML regime more efficient and effective, produce more useful information for law enforcement, and better protect our financial system from criminals.”

Being effective: a lofty, but ill-defined objective from the AML perspective

Increasing the “effectiveness” of the national AML regime “is a core objective of recent AML modernization efforts,” FinCEN stated in the proposed rulemaking, noting however that the term is bandied about with little in the way of bright line, reviewable or auditable boundaries.

“This term often refers to the implementation and maintenance of a compliant AML program, but has no specific, consistent definition in existing regulation.”

The potential regulatory amendments described in the ANPRM would make clear that an “effective and reasonably designed” program is one that:

The current big unknown, however, is how federal regulators and will support such a tectonic shift in focus for bank AML teams.

As well, in that same vein, a second interlinked vagary: how could examiners on the ground grade “effectiveness” for individual AML program components or outputs, such as suspicious activity reports (SARs) or keeping accounts open for investigations, without getting input from those selfsame law enforcement agencies banks are trying to better serve.

A ‘historic’ moment for the field of financial crime and compliance

Taken together, with a bulky ANPR wending its way to reality and now the seemingly once-insurmountable goal of the NDAA tantalizingly within reach, there is now something that professionals across the spectrum have now that they haven’t had for a very long time: hope.

“After more than a decade-long campaign to end the formation of anonymous shell companies that are abused by the criminal and the corrupt, the United States is on the verge of enacting historic reforms to protect Americans and our financial system from abuse,” said Ian Gary, executive director of the FACT Coalition.

“It has been decades since our nation’s anti-money laundering laws were updated,” he said. “Over time, rogue nations, criminals, and kleptocrats have developed ever more sophisticated strategies, but national security and law enforcement officials are currently working with outdated and insufficient tools to counter these emerging threats.”

Moreover, while fincrime compliance officers, regulators and investigators have worked to buttress counter-crime standards, exams and penalized banks in the billions of dollars, one glaring loophole has remained.

“Experts have routinely ranked anonymous shell companies — where the true, ‘beneficial’ owners are unknown — as the biggest weakness in our anti-money laundering safeguards,” Gary said.

“Virtually every national security and law enforcement official that has looked at the issue has called for an end to anonymous companies,” he said. “It’s the single most important change our nation can make to better protect our financial system from abuse.”