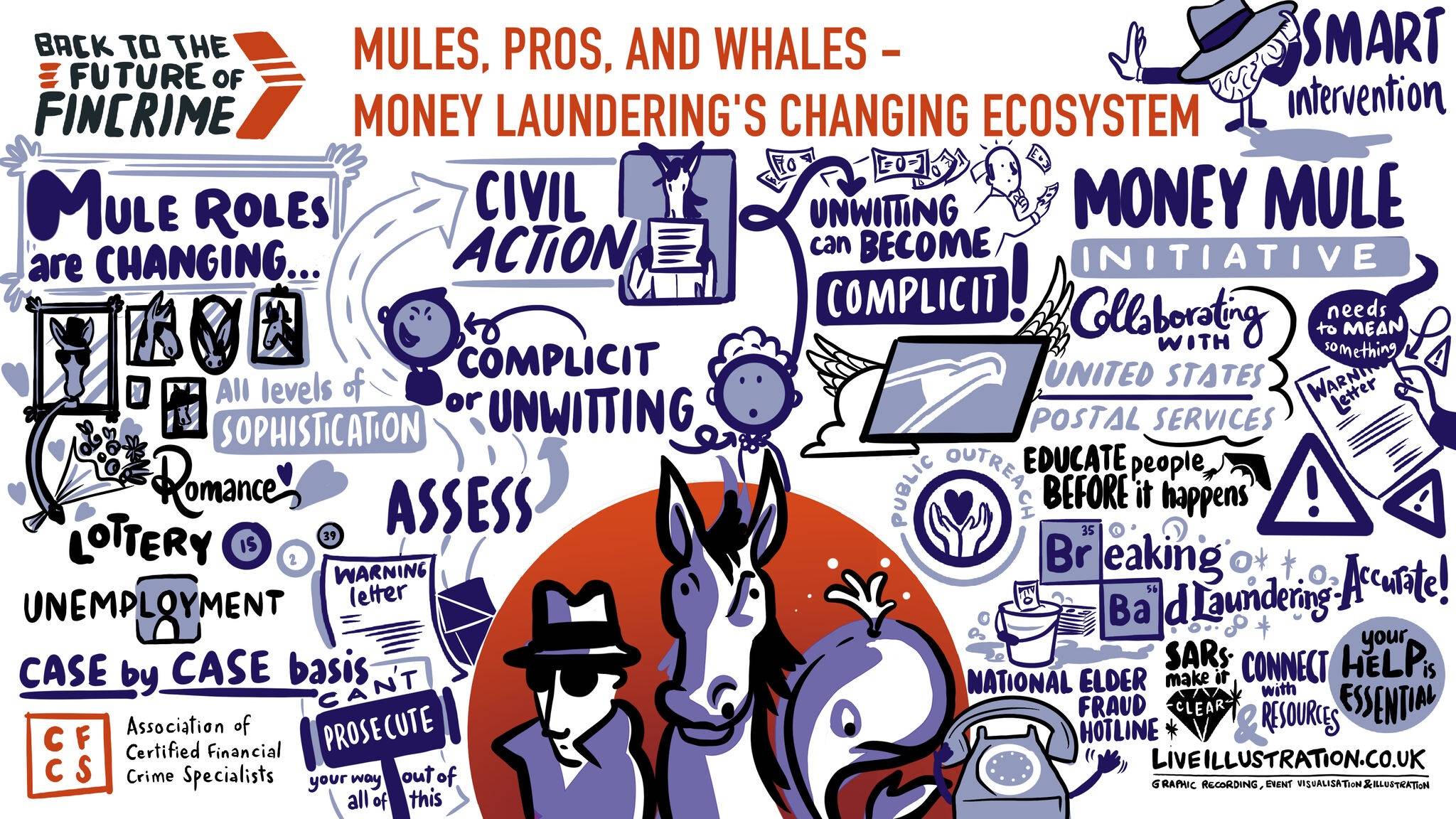 Day Three of ACFCS’ Back to the Future of Financial started with a dive into digital worlds and a look at the connections between the volatile virtual value sector, cyber hack attacks, like ransomware fusillades, and the darknet markets fueling organized criminal groups and low-ranking illicit opportunists alike.

In all, an appropriate foray with the day’s theme being “The Future of Fincrime Threats.” 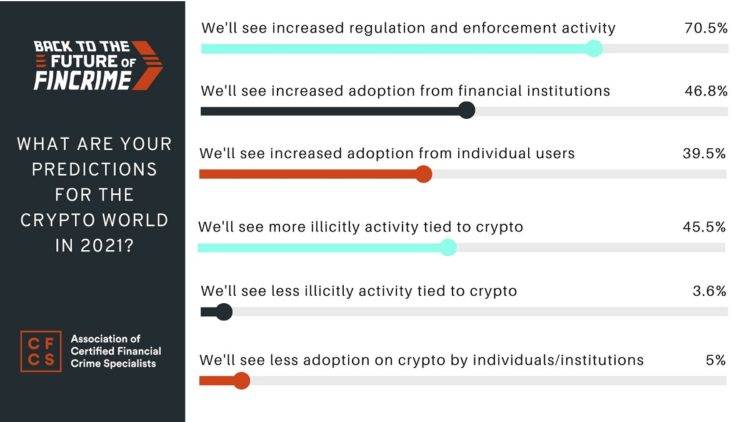 Attendees learned that ransomware attacks have soared more than 300 percent in the last year, with criminals crafting more sophisticated attacks against larger companies that can pay ransoms as high as $10 million.

As well, in a testament to their craven and callous nature, scammers are also targeting operations like hospitals besieged by the COVID-19 pandemic that must pay quickly – with lives literally hanging in the balance.

Many are calling 2020, the Year of Ransomware. What operations are criminals targeting with ransomware attacks? Larger companies? Smaller operations? Government agencies? 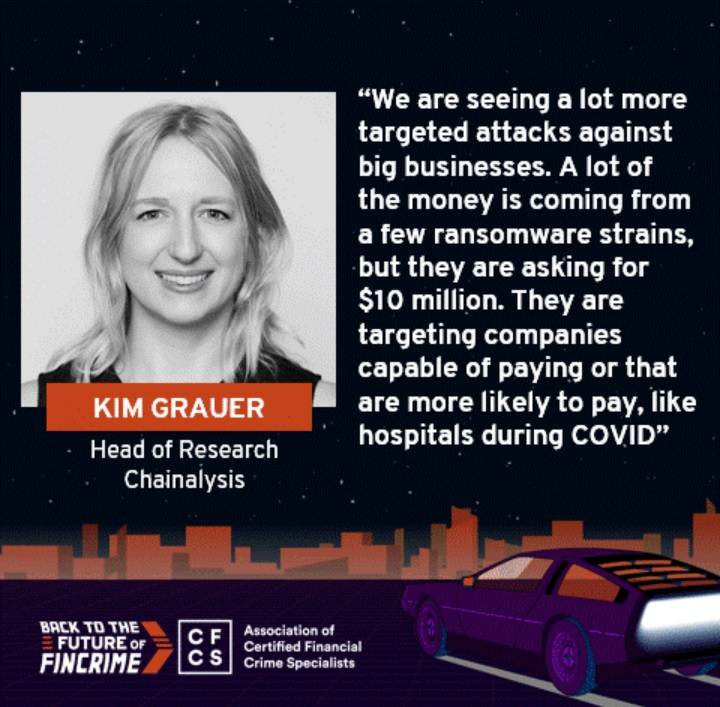 The third day of the virtual conference built on two journeys into the multiverse across the full spectrum of financial crime.

Day One of ACFCS’ Back to the Future of Fincrime Virtual Summit saw more than 4,000 professionals register for a plethora of packed general sessions and breakout working groups to better understand the nexus between crypto value and terror groups, upcoming changes to the U.S. financial crime compliance and sanctions regimes, the power of breaking down corporate opacity barriers, cyberattack and defense strategies and more.

Day Two of the summit saw registrations soar past 4,200, with professionals across the spectrum of financial crime attending nearly a dozen general sessions and breakout roundtables on a broad array of current, relevant and vexing topics, touching on technology, the need for human expertise and continued calls for convergence.

Top minds from the financial crime and compliance field offered insight, guidance and tips on historical and emerging threat vectors, including the billions of dollars in fraud tied to the U.S. government’s Paycheck Protection Program, the nuanced transaction trails of human traffickers, the power and promise of AI and the risks, rancor and resources needed to bolster crypto compliance. 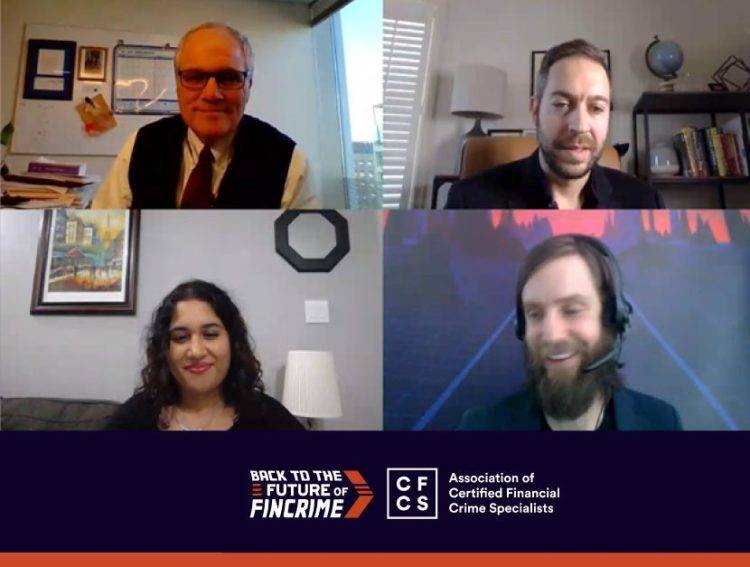 Banks on the frontlines of sharpening AML, fighting fraud

Back to Day Three of the summit, federal law enforcement speakers also detailed how organized crime rings are increasingly turning to money mule networks, often recruited unwittingly from those newly unemployed or scammed on social media.

But they also noted that informed bank AML and fraud teams, even tellers, can help stop customers from being duped.

“Sometimes a warning from a bank helps stop some of this, particularly if it’s a longtime customer. If a bank says to a customer, ‘It’s not just wrong, it could be a criminal action.’ That can help. When there is a fraud scheme, and there is an intervention, in about 50 percent of the time,” the person will not go through with the transaction and they will report the scheme to the authorities, said one panelist.

As well attendees got a glimpse of the future of financial crime compliance rules in the United States with new rules wending their way through the U.S. Treasury and powerful Congressional updates under the just passed Anti-Money Laundering Act (AMLA), what many are calling a “once in a generation” event.

The initiatives are part and parcel of parallel efforts to finally remove the longstanding stumbling block of impenetrable beneficial ownership structures, a magnet to criminal groups of all stripes, from terror financiers to corrupt oily oligarchs.

The AML updates to the NDAA are not happening in isolation.

They are part of a multipronged approach by the U.S. government to strengthen fincrime compliance countermeasures, shift the needle toward “effectiveness” and create richer and more relevant intelligence to law enforcement.

In all, the U.S. Treasury is engaging in a broad overhaul of the country’s financial crime compliance defenses, shifting more toward creating “effective and reasonably designed” programs that produce filings with a “high degree of usefulness” to law enforcement – even though the term has no “consistent definition” in current rules, according to a September notice.

FinCEN is also querying stakeholders to determine if they could better manage risks, resources and threat actors if the bureau created national AML priorities – a similar refrain as in the NDAA – a herculean effort informed by other national illicit finance, proliferation and terror risk assessments.

Part and parcel of the proposal would also be to more concretely graft a longstanding compliance best practice and federal regulatory exam flashpoint into formal rules: the AML risk assessment, according to the advanced notice of proposed rulemaking (ANPR).

In U.S., a ‘new dawn’ for AML compliance programs, effectiveness

The updates are informed by overarching efforts by global watchdog and private sector groups to prioritize “effectiveness” over technical compliance, at both the country, law enforcement and financial institutions levels, including the Paris-based Financial Action Task Force (FATF), the Wolfsberg Group, the Egmont Group of Financial Intelligence Units (FIUs) and others.

“This is really a new dawn in terms of collaboration between banks, regulators and law enforcement,” said one panelist. “It really is a three-legged stool. All three of these entities need to work together and participate in this process to make it work. The AMLA does a tremendous job of recognizing that fact. We are all working together and collaborating toward this common goal of preventing terror financing and other illicit finance.”